New Jersey Gov. Chris Christie said on Saturday that he plans to track illegal immigrants in the same way that FedEx tracks its packages if he is elected president next year.

Speaking at a campaign event in Laconia, N.H., the Republican presidential candidate said that he would ask the FedEx CEO himself, Frederick Smith, to create the system, the New York Times reports. “At any moment, FedEx can tell you where that package is. It’s on the truck. It’s at the station. It’s on the airplane. Yet we let people come to this country with visas, and the minute they come in, we lose track of them,” he said. “We need to have a system that tracks you from the moment you come in.”

“However long your visa is, then we go get you,” Christie said. “We tap you on the shoulder and say, ‘Excuse me. Thanks for coming. Time to go.’”

Christie did not say how exactly the FedEx tracking system, which scans packages’ barcodes, would be used to track undocumented immigrants. A FedEx spokesperson declined to comment.

Read next: Univision’s Jorge Ramos: Reporters Need to Get Tougher on Donald Trump 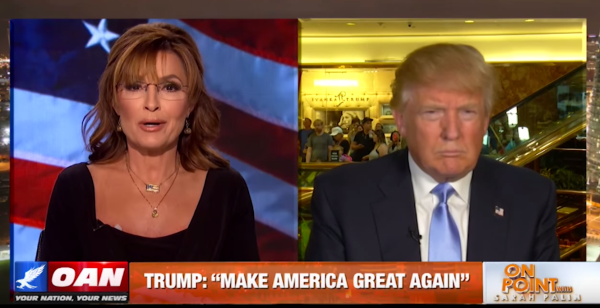