Should I Eat Nutritional Yeast?

You’ve seen nutritional yeast, affectionately known as nooch (really), in health food stores and vegan eateries. (Or maybe you have no clue what the heck we’re talking about, in which case, click here). But all five experts we talked to give nooch the thumbs up.

First, what is it? Nutritional yeast is grown on sugar cane or sugar beet molasses. “After growing the yeast, it is completely pasteurized and deactivated so it is quite safe and won’t give rise to yeast overgrowth in someone who eats it,” says Michael Donaldson, PhD, a researcher who works for the plant-based Hallelujah Diet and has studied nutritional yeast. It’s a complete protein, which means it has all nine essential amino acids that our bodies can’t alone produce. A popular brand has 3 grams of protein per one-tablespoon serving, plus 1 gram of fiber. Buy it fortified. and you’ll get zinc, selenium and B vitamins, too.

People are really crazy for the stuff because of its flavor: nutty, savory, meaty, and somehow cheesy. “It works well as a substitute for cheese in vegan diets,” says Dr. David Katz, director of the Yale University Prevention Research Center. Some of the most popular uses for nutritional yeast include shaking it on popcorn or stirring it into noodles for a vegan mac-and-cheese. If you’re trying to imagine a flavor correlate, nutritional yeast is similar to—but much milder than— the Australian staple Vegemite.

MORE: Ethical Vegans Are More Likely To Stick With It Than Health Vegans

It gets a planet-friendly thumbs up, too. “Yeast is a more sustainable and ethical source of protein than meat,” says Simon Fellous, an evolutionary biologist at the French Institute for Agronomic Research who studies the effect of yeast on flies.

But remember, “it can never replace a real food,” says Kristel Hälvin, PhD, a researcher at the Competence Center of Food and Fermentation Technologies in Estonia who has studied the vitamins in nutritional yeast. “But it can add extra nutritional value and taste to your meals.”

We’ll give the final word to Dana Davis, PhD, one of the editors of the journal Yeast: “I am happy to give a thumbs up for eating nutritional yeast, which is basically just baker’s or brewer’s yeast that has been killed and the nutrients isolated,” he says.

“As a home brewer, I’ll stick to getting these nutrients from my beer, though.”

Read next: Should I Eat Falafel? 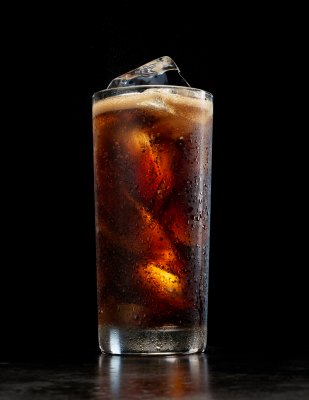 How Soda Affects Kids' Cholesterol Levels
Next Up: Editor's Pick