Nazi 'Gold Train' May Have Been Found in Poland

The potential site where a Nazi gold train is believed to be hidden, near the city of Walbrzych, Poland, on Aug. 28, 2015.
AP
By Victor Luckerson

A mythical German train filled with gold and gems has been detected by ground-penetrating radar in Poland. The so-called “gold train” is thought to have gone missing close to the city of Walbrzych, Poland in 1945. It was lost in the underground tunnels where German soldiers transported goods around the country during World War II.

A Pole and a German recently told authorities that they had found the armored train in one of the tunnels, the Associated Press reports. A radar image of the train shown to the Polish deputy culture minister seemed to confirm the train’s existence. He said he was “more than 99% certain that this train exists.”

The process of searching for the exact location of the train is expected to take weeks. According to the deputy culture minister, a man who claimed to have helped load the gold train said on his deathbed that the vehicle was laced with explosives as a security measure.

Read next: German Chancellor’s Name Is Now Slang for ‘To Do Nothing’ 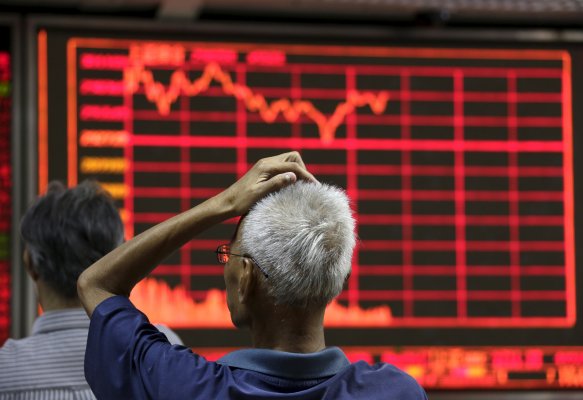 How to Understand the Global Impact of China's Impending Slowdown
Next Up: Editor's Pick