By 2039 humans will be calling Mars home, if things go according to Buzz Aldrin’s plan.

The second man on the moon is teaming up with the Florida Institute of Technology to develop a master plan to colonize the red planet in less than 25 years. Aldrin chose 2039 to coincide with the 70th anniversary of the Apollo 11 mission, which first allowed man to walk on the moon.

Aldrin’s plan involves using Mars’ moons as pit-stops for astronauts on the way to the planet. People who arrive on Mars would stay there for at least a decade. He is seeking input from NASA on the plan, though the space agency already has its own initiative to put astronauts on Mars in the mid-2030s.

At the Florida Institute of Technology, Aldrin will be a faculty adviser and research professor for aeronautics. He will also lead the Buzz Aldrin Space Institute, set to open this fall. 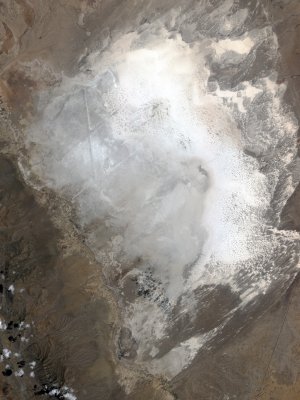 See Breathtaking Views of the National Parks From Space
Next Up: Editor's Pick