“Effective today, Noel Biderman, in mutual agreement with the company, is stepping down as Chief Executive Officer of Avid Life Media Inc. (ALM) and is no longer with the company,” the company wrote in a statement. “Until the appointment of a new CEO, the company will be led by the existing senior management team.”

AshleyMadison.com has lately been at the center of a hacking scandal in which personal information for more than 30 million users—ostensible extramarital affair-seekers—became public. The data dumps have included information such as names, email addresses, sexual preferences, partial credit information, profile information, and more.

Last week, the individual or group behind the attack, known as the “Impact Team,” leaked to the dark web a cache of Biderman’s alleged email correspondences. The 197,000 messages have revealed that Biderman apparently encouraged hacking a competitor, considered buying the gay, bi-sexual and bicurious dating app Grindr, planned a proprietary wife-rating app, and wrote a script for a movie called In Bed with Ashley Madison.

As the investigation to uncover the attackers continues, reports have surfaced that some users may have committed suicide as a result of having their personal information exposed. Cybercriminals are also apparently targeting individuals listed in the Ashley Madison database for extortion schemes.

“This change is in the best interest of the company and allows us to continue to provide support to our members and dedicated employees,” the Avid Life Media statement reads, regarding the Biderman’s decision to step down.

The company says it is working alongside law enforcement, which has dubbed the investigation “project unicorn,” to apprehend those responsible for the data breach. Avid Life Media also says it will award tipsters $377,000 for any information leading to the arrest of the perpetrator (or perpetrators).

“We are actively adjusting to the attack on our business and members’ privacy by criminals,” the company said in the statement. “We will continue to provide access to our unique platforms for our worldwide members.” 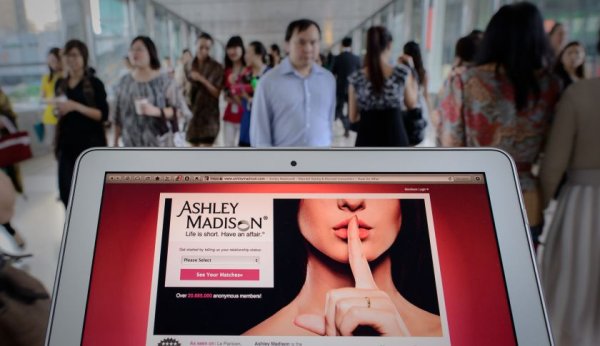 There Are Almost No Active Female Users on Ashley Madison
Next Up: Editor's Pick