Sandwich chain Subway is celebrating its 50th birthday this week, having started with a single location in 1965.

Don Fertman, the chain’s chief development officer, told the publication that its growth can be chalked up to little complication: “We’re a sandwich shop, first and foremost,” he said. “Other places try to add things, become something that they’re not. We embrace simplicity. There are no grills, there’s no frying.”

Subway was founded by a 17-year-old Fred DeLuca, who wanted a way to pay for his education. With a loan of $1,000, DeLuca and his friend Dr. Peter Buck launched the business, and by 1974 the duo owned and operated 16 submarine sandwich shops throughout Connecticut. Realizing they would not reach their 32 store goal in time, they began franchising, launching the “Subway” brand into a period of remarkable growth which continues to this day.

Earlier this year, Subway celebrated its half century by purchasing the street outside of its headquarters in Milford, Conn. The name? “Sub Way.”

But all’s not well with the chain. Last year, sales declined by 3%, or $400 million. And Subway’s longtime spokesperson, Jared Fogle, who claimed to have lost over 200 pounds by eating the chain’s food, recently agreed to a plea deal over child pornography charges and for having sex with minors. 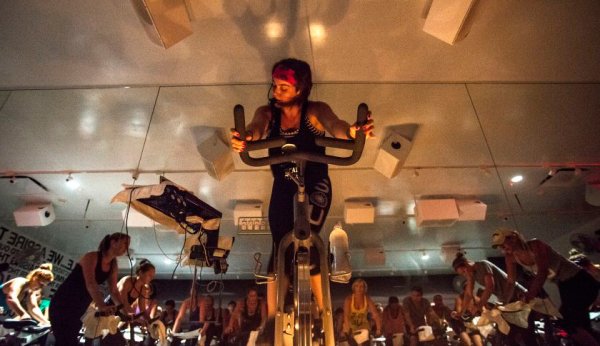 Proposed Lawsuit Against Soulcycle Says the Studio ‘Robs’ Customers
Next Up: Editor's Pick