Miley Cyrus doesn’t like “pop star against pop star” wars, but she may have just started one herself.

In an interview with the New York Times about her MTV Video Music Awards hosting gig this Sunday, the “Wrecking Ball” singer weighs in on the Taylor Swift-Nicki Minaj drama from earlier this summer — and firmly declares herself Team Swift.

Last month, Nicki Minaj complained on social media about the lack of a Video of the Year nomination for “Anaconda,” calling it another example of the media neglecting the contributions of black women artists. When Taylor Swift interpreted Minaj’s comments as a personal attack, the 1989 singer’s response was widely considered to be a tone-deaf distraction from the larger point Minaj was trying to make about popular culture.

Swift later apologized to Minaj and admitted to being in the wrong, but Cyrus doesn’t see it that way. In fact, she believes the opposite and pretty much tells the Times that Nicki Minaj is not a nice person:

Cyrus may have just given them something else, too. 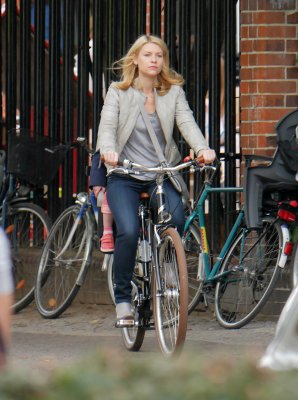 Here's the Homeland Season 5 Trailer
Next Up: Editor's Pick