Last week, nearly 40 retired U.S. generals and admirals urged Congress to endorse the deal the U.S. and five other nations have struck with Iran to curb its nuclear ambitions. “We, the undersigned retired military officers, support the agreement as the most effective means currently available to prevent Iran from obtaining nuclear weapons,” they wrote.

The other side, nearly 200 strong, lobbed a return brass barrage Wednesday. “In our judgment as former senior military officers,” they said, the deal “would threaten the national security and vital interests of the United States and, therefore, should be disapproved by the Congress.”

Sure, brigades of special interests, including arms-control organizations, foreign-policy shops and even rabbis have been urging Congress to vote the pact up or down. But these ex-military officers are different, aren’t they? They spent their careers fretting over national security. Maybe that’s why, if you doubt the deal makes sense, you squirmed over last week’s letter. But you cheered this week’s, with five times as many signatures.

What’s a poor fence-sitting American to think? Not much, according to a sampling of retired general officers. “Having signed neither is about all I wish to say about this sort of thing,” says one former four-star, although he declined to say so on the record. “Those with the most insights and knowledge of the deal,” adds another, also speaking privately, “were not among the signatories.”

“I’m convinced that 90% of the guys who signed the letter one way or the other don’t have any clue about whether it’s a good or bad deal,” says Anthony Zinni, a retired four-star Marine officer who says he refused requests from both sides to sign their letters. “They sign it because somebody’s asked them to sign it.”

So how would he vote? Zinni says he can’t say, because he hasn’t had the closed-door intelligence briefings offered to lawmakers that he says would answer his two critical questions:

First, how airtight is the inspection regime? The more intrusive the inspections, the better the deal for the U.S. and its negotiating allies.

Secondly, how united are the allies in re-imposing economic sanctions if Iran is found to be cheating? The weaker the prospect of future sanctions, the worse the deal is for Washington.

“Everyone is speculating on worst case or best case,” says Zinni, who oversaw U.S. military dealings with Iran from 1997 to 2000 as chief of U.S. Central Command. “The guys who like the deal are saying `It’ll all work!’,” he says. Among those signing are Marine general James Cartwright (vice chairman of the Joint Chiefs, 2007-2011), Marine general Joseph Hoar (chief of Central Command, 1991-1994) and Air Force general Merrill McPeak (Air Force chief of staff, 1990-1994).

Their views, Zinni argues, are driven largely by their politics. “It’s basically a Democrat-Republican issue,” he says. Like the lawmakers they are trying to influence, the signers who oppose the deal tend to be conservative. Those supporting it lean liberal (at least for retired military officers). It’s no surprise the generals against the deal outnumber those who support it. Surveys show that conservative military officers handily outnumber their liberal comrades.

“The agreement’s fine, if you think it can work. But if this is a Neville Chamberlain,” Zinni adds, citing the British Prime Minister who signed a peace pact with Adolf Hitler shortly before World War II, “then you’re in a world of shit.” 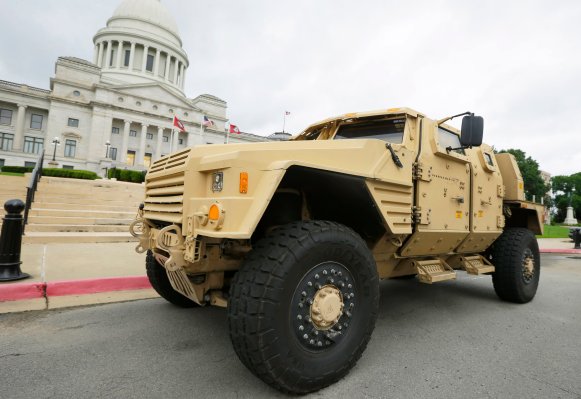