With just shy of 2,000 billionaires on earth, the odds of joining that rarefied club is about one in 4 million. To put that in perspective, you are 24 times more likely to be killed by lightning than you are to become a billionaire.

If you hope to be a billionaire, despite the odds, it stands to reason that taking a radically different approach to life could shift things in your favor. Who better to show us how to rebel against an average life than rebel billionaires themselves? Here are seven life hacks from this rare group:

Sir Richard Branson is the perfect example of prospering fantastically while truly enjoying life. While Branson certainly works hard, he is much better known for playing hard. From hot-air-balloon trips around the world to bungee jumping off buildings, Branson understands the value of living life to its fullest.

Lesson: Working hard is fine, but always take time away from work to have fun and recharge.

When it comes to building a business around something you love, I can’t think of a better example than Nick Woodman, the founder of GoPro. Woodman’s adrenaline-fueled action-camera company was built on the backs (and helmets) of extreme athletes and adventure seekers around the world, and helps them to showcase and share their passions with the more risk-averse among us.

Lesson: If you love doing something, and others share your passion, you can make money doing it.

One of the smartest financial moves made around the time of the dot-com bust was by Mark Cuban. Cuban’s company, Broadcast.com, was acquired by Yahoo in 1999 for $5.7 billion in Yahoo stock. Not too long after that, Cuban, believing a crash was likely but unable to sell his stock due to lockup agreements, made the call to short an index fund that had a sizable stake in Yahoo to help balance out his overexposure. It cost him $20 million do this, but prevented him from losing an even larger amount.

Lesson: Take smart risks, but always look for ways to mitigate the risk and to avoid overexposure.

When it comes to success, one of the most critical components really is who you know. Mark Zuckerberg is a billionaire many, many times over because of his efforts to connect people. He grasped early on the power of connections, and set out on a mission to bring everyone on Earth closer together. Considering roughly two out of three people with Internet access are now on Facebook, he has done an incredible job.

Lesson: Be the hub at the center of your network, and connect people together as often as you can.

While I don’t agree with everything Travis Kalanick, Uber’s CEO, has done, I absolutely agree with his unrelenting crusade to displace the status quo. Kalanick entered a stale industry known for a terrible user experience, and has kicked and battered his way through mountains of bureaucracy and legal red tape to make the on-demand transportation industry much more pleasant for consumers.

Lesson: Question everything, rock the boat and fight for change if you believe things should change.

After listening to Chris Sacca of LOWERCASE capital on a recent Tim Ferriss podcast, I think he’s an incredible example of someone who is unapologetically himself. He has strong opinions, wears crazy shirts and makes decisions based off his own system of values. He doesn’t invest if he doesn’t believe he’ll add value, and he only invests in companies that he can be proud of.

Lesson: Decide who you want to be, and be that person, regardless of what others think or say.

7. Leave things better than you found them

Nobody on the planet today embodies this philosophy better than Elon Musk. From SpaceX and Tesla to Solar City and beyond, Musk has dedicated his fortune and his life to making the world, and the chances of humanity surviving and prospering, better than they are now. If you’re not familiar with Musk’s story, read this. The things that he has done, and that he is trying to accomplish, are truly incredible.

Lesson: Pay it forward. Make the world, and the people around you, better. Think beyond your lifetime.

As Albert Einstein purportedly said, the definition of insanity “is doing the same thing over and over expecting different results.” Billionaires don’t become billionaires by taking the common path through life, so if you’re hoping to join their ranks, then you’ll need to get in touch with your inner-rebel and explore alternate paths. 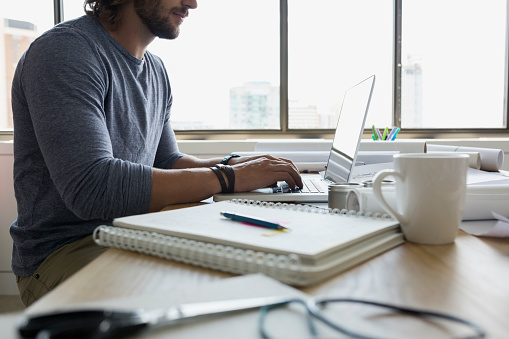 10 Ways to Make Your Afternoons As Productive As Mornings
Next Up: Editor's Pick