This Is the U.S. Army's Replacement for the Famous Humvee

Prototype of a Lockheed Martin Joint Light Tactical Vehicle parked in front of the Arkansas state Capitol in Little Rock, Ark. on May 26, 2015.
Danny Johnston—AP
By Tessa Berenson

The U.S. Army this week picked the vehicle that will succeed the current Humvees.

The Army awarded a $6.7 billion contract to Oshkosh Corporation, which beat out Lockheed Martin and AM General, to build 17,000 Joint Light Tactical Vehicles, CNN reports.

“The Oshkosh JLTV allows troops to travel over rugged terrain at speeds 70% faster than today’s gold standard, which is our Oshkosh M-ATV. Looking to future battlefields, we know that our troops will face a myriad of threats. Soldiers and Marines can be assured that the highly capable Oshkosh JLTV will perform the mission,” said retired U.S. Army Maj. Gen. John M. Urias.

The Army felt it needed more modern vehicles than Humvees equipped with extra protection to defend against explosive devices. 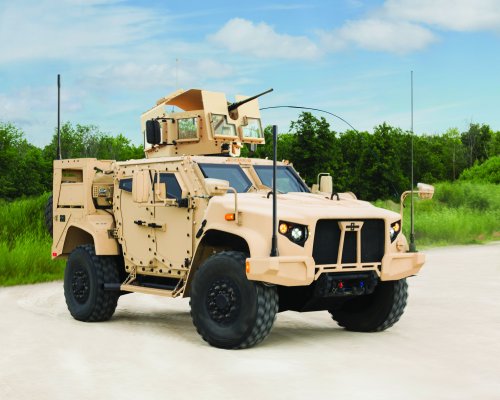 Meet the Military’s New Humvee
Next Up: Editor's Pick