The ‘Fusion Engine’ Could Become a Reality Before 2020

Fusion has always been maligned by the old joke that it is a breakthrough technology that is just 20 years away…and always will be. Indeed, fusion energy has failed to materialize despite decades of hype. Although the idea has repeatedly disappointed, the concept of generating energy from fusion is still around as companies like Lockheed Martin, Lawrenceville Plasma, Tri Alpha and Helion Energy are developing their own fusion reactors.

Fusion is a basically a process through which the heated ions collide and fuse together by releasing an enormous amount of energy which is almost 4 times the intensity of a nuclear fission reaction. Another advantage of a fusion reaction is that it is much cleaner and safer when compared to a fission reaction.

There have been some promising developments in the field of nuclear fusion in last few years.

Lockheed Martin, the U.S. defense giant, has been one of the front runners in an effort to successfully develop and commercialize the nuclear fusion reaction as it has been working on a ‘compact fusion’ reactor that might be capable of powering commercial ships, power stations and air travel in the near future. Helion Energy is another company that has been in news thanks to the fresh round of funding for its own fusion reactor.

Helion Energy raised close to $10 million in a recent funding round that took place in July 2015. This was disclosed by Helion through a filing with Securities and Exchange Commission. This funding would enable the Redmond-based group to build its own fusion reactor for generating massive amounts of clean power.

What is interesting is the fact that the company further intends to raise more than $21 million by continuing the current raising. Helion is working on a ‘Magneto-Inertial’ fusion process which combines the heat of pulsed inertial fusion and the stable nature of steady magnetic fusion. Helion claims that this combination creates a ‘system’ which is cheaper and smaller than other fusion reactors such as the one being developed by Lockheed Martin.

As the company gears up to perform further tests and experiments, it’s CEO, David Kirtley, has indicated that Helion would be able to develop its fusion machine by 2016 at an expected cost of $35 million. He further claims that Helion could build commercial fusion systems by year 2020 at a cost of $200 million.

Detailed Plan or a ‘Pipe dream’?

Calling its creation “The Fusion Engine,” Helion Energy’s system would heat helium and deuterium from seawater as plasma and then compress it to achieve fusion temperature (greater than 100 million degrees) using magnetic fields. Although this seems to be a perfect technological innovation, there is still a lot to be done as far as getting the fusion engine to hold up under strict field tests. The size of these reactors, for example, is still a drawback as they are bulky and occupy a lot of space.

“I would like nuclear fusion to become a practical power source. It would provide an inexhaustible supply of energy, without pollution or global warming,” said the world renowned physicist Stephen Hawking. If there are timely innovations in field of superconductors, batteries and materials that facilitate a compact and a more efficient fusion reactor, that could be enough to make fusion energy viable. The technology that is available today can only produce a Helion ‘fusion engine’ which is capable of producing commercial energy of around 50 megawatts.

Still, there have been many promises before. We should await more permanent proof that the scientists can overcome the significant engineering obstacles in their way. But, unlike in the past, there are now a range of private companies and venture capital in the space, no doubt a development that bodes well for the technology’s eventual commercialization. 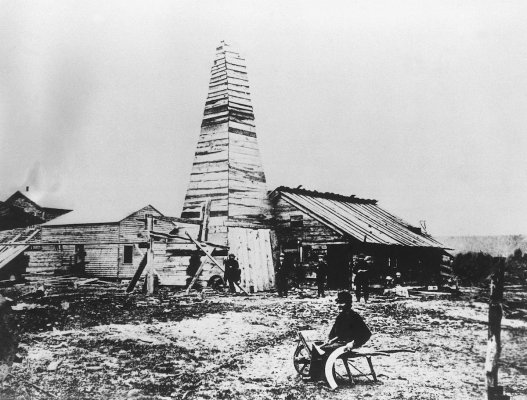 How the American Oil Industry Got Its Start
Next Up: Editor's Pick