Finally, Here's Your Chance to Live in the Mansion From The O.C.

It’s been eight years since The O.C. ended, and our long national nightmare of facing a world without Sandy Cohen’s deeply expressive eyebrows began. But there’s hope for us yet, at least those of us who have several million dollars to blow on real estate: The house that served as the exterior for the Cohen’s grand Newport Beach mansion is for sale. All you’ll need to pick it up for yourself is about $6.25 million and a strong sense of early aughts nostalgia.

A few caveats, though: The house isn’t actually located in Newport Beach, but in Malibu. There’s no pool house on the property, which means there’s no brooding juvenile delinquent with a penchant for wife-beaters and punching things on the property, either. Most tragically, there’s no Seth Cohen hanging around the manse, ready to engage in wry, pop-culture laden banter at all hours of the day. According to Trulia, the house does offer “intense privacy for residents who want to avoid the prying eyes of the paparazzi…or evil surfer dudes named Volchuk,” as well as six bedrooms, seven bathrooms, and a chef’s kitchen with top-of-the-line appliances—though Kirsten never cooked, so why would you, similarly rich and gorgeous person?

The four-acre estate also boasts a sunroom, a library, a home office, the ghost of Caleb Nichol (dude had some unfinished business) and the ability to have something interesting to share about yourself at every party for the rest of your natural life. 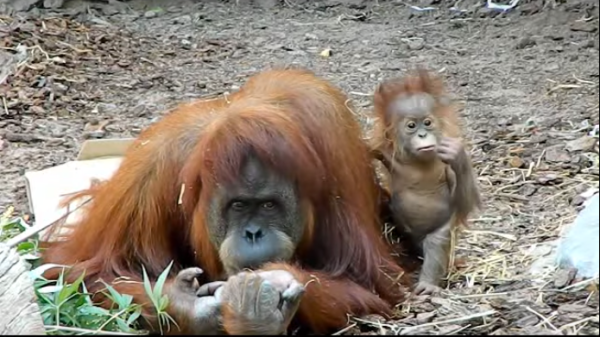 Watch a Baby Orangutan Named Khaleesi Stand Up For the First Time
Next Up: Editor's Pick