At this point in her 1989 tour, Taylor Swift has welcomed everyone from Cara Delevingne to Julia Roberts to Chris Rock to Lisa Kudrow to her esteemed stage. Her five-night engagement at LA’s Staples Center has been particularly celeb-stacked—this week, she’s sung “You Oughta Know” with Alanis Morissette, gone spangle-for-spangle with Ellen DeGeneres, performed “Dreams” with Beck and St. Vincent and duetted with John Legend on “All Of Me.” Last night, for her final trick, Swift brought out the only two celebrities—nay, people—left on Earth that she has yet to harmonize with in front of thousands of iPhones: Justin Timberlake and Selena Gomez.

First up, Verified T. Swift Bestie Gomez took the stage in a pair of Swift-esque hotpants for the debut live performance of her new single “Good For You,” which Swift called “the song of the summer.”

Later, Timberlake—who, fun fact, stopped by The Ellen DeGeneres Show in 2008 to surprise an utterly lovestruck teenage Swift as she wore a glittery LBD in the daytime—joined Swift for a rousing rendition of his hit single “Mirrors.” In a nod to how far they’ve both come since awkwardly discussing gender relations on Ellen, Swift explained, “Justin hasn’t performed since he became a dad, so I’m just honored that this is his first performance.” 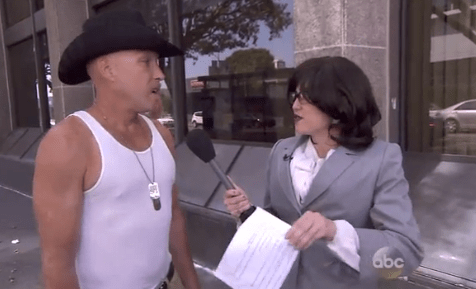 Watch Miley Cyrus Go Undercover to Ask Strangers What They Think of Miley Cyrus
Next Up: Editor's Pick