President Barack Obama places his ball on the green before putting while golfing on Aug. 23, 2015, at Farm Neck Golf Club, in Oak Bluffs, Mass., on the island of Martha's Vineyard.
Steven Senne—AP
By Tessa Berenson

As the Leader of the Free World, Barack Obama is used to facing tough opponents. But apparently he met his match on the golf course when he played Derek Jeter, the former baseball shortstop.

At an event Monday at the home of Las Vegas Sun owner Brian Greenspun, Obama told a story about playing golf with him and the former Yankees player in November, the LA Times reports.

“He and Derek Jeter stole money from me at Shadow Creek,” the President said. “It was clearly a setup, because when we got to the practice range, he was shanking balls everywhere. I said, ‘You play golf, Derek?’ And he said, ‘I just started two weeks ago.’”

Obama gave Jeter a 30-stroke handicap, but that decision cost him in the end: “We had to take a picture of me handing Derek Jeter money at the end of the game,” he said. 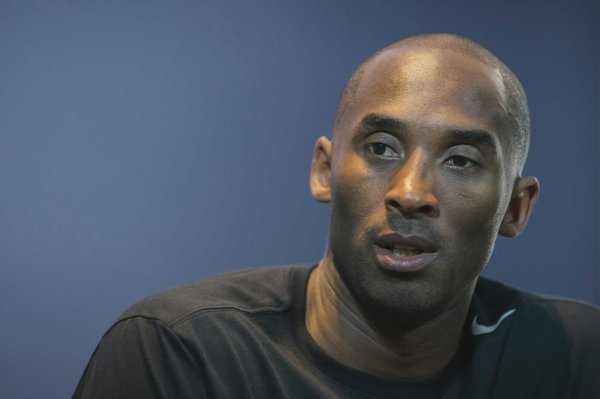 Kobe Bryant On His Feud with Shaq: "I Was An Idiot"
Next Up: Editor's Pick