Chinese state prosecutors have accused 11 officials and port executives of “dereliction of duty” and “abuse of power” over the huge explosions two weeks ago in the world’s 10th largest port, Tianjin, according to the state-run Xinhua news agency.

The officials under investigation are said to include the head of Tianjin’s municipal transportation commission, We Dai, and the president of Tianjin Port Holdings, Zheng Qingyue.

The blasts, which killed 139 people and injured hundreds more, took place at a warehouse owned by Ruihai International Logistics. Xinhua has also reported that 12 people from the firm — including its chairman, vice chairman and three general managers — have been detained on suspicion of illegally storing dangerous chemicals.

Chinese authorities say the warehouse was used to store about 40 different hazardous chemicals, including 700 tons of highly toxic sodium cyanide, before the deadly explosions on Aug. 12, which devastated a large part of the port area. 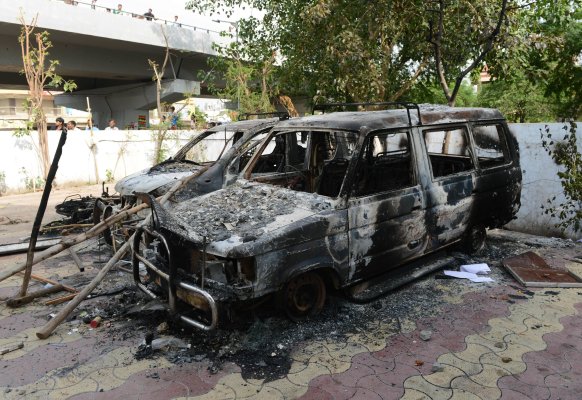