The joke’s on you, Ed Sheeran fans — the 24-year-old pop singer now says that his massive lion tattoo is, in fact, completely real.

Sheeran first posted a picture of a half-finished lion tattoo emblazoned on his chest, meant to honor England’s soccer-team mascot, on Instagram in early August.

Then, early on Wednesday, he posted another picture showing his bare chest, with no lion in sight. He said that the news of the tattoo had always just been an elaborate prank.

But, trickster that he is, Sheeran then admitted only a few hours later that his alleged prank was in fact, a prank in and of itself. According to his latest Instagram post, the tattoo is still very much there and was only covered up for a TV show.

His tattoo artist, Kevin Paul, says there’s much more work to be done in the future on the lion tattoo and on many others. 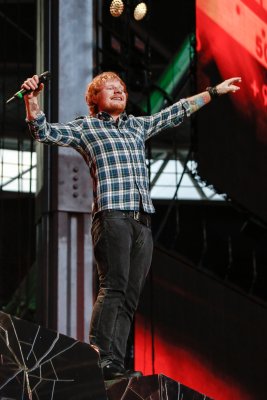 Ed Sheeran's Newest Tattoo Is Unbelievable
Next Up: Editor's Pick