Shoppers are seen outside a Walmart store in Rosemead, Calif. on Jan. 29, 2014.
Frederic J. Brown—AFP/Getty Images
By Phil Wahba / Fortune

Walmart will stop selling AR-15 assault rifles as well as other modern sporting rifles because of lower consumer demand for those weapons rather than for political reasons, the company said on Wednesday.

The world’s largest retailer will replace rifles, which are sold at about one third of its U.S. stores, with shotguns and other hunting weapons. Quartz reported the news earlier.

“There wasn’t a whole lot of demand for those products so we replaced them with products we have seen customers coming into purchase it,” Walmart spokesman Kory Lundberg told Fortune. Within the next two weeks, MSRs (modern sporting rifles) shouldn’t be in any more Walmart stores.

Walmart, the single largest seller of guns and ammunition, has often come under criticism from gun control advocates for selling these items, particularly after high profile incidents such as the 2012 massacre of school children in Newtown (where the killer used an AR-15), Connecticut.

The move by Walmart comes as firearms makers struggle with declining sales: Remington Outdoor Group last week reported that its sale of firearms fell 13.3% in the first half of the year, while Smith & Wesson’s overall sales saw a 12% drop. Sales often spike when gun enthusiasts believe there will be tighter gun laws put in place, then often slip when those concerns pass. 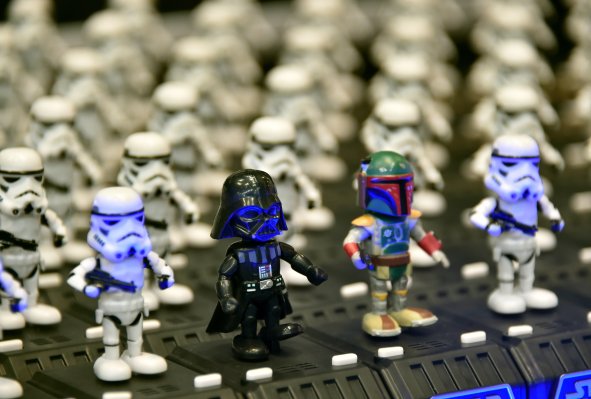 Disney Is Planning a Mega Event to Unveil the New Star Wars Toys
Next Up: Editor's Pick