The Google logo is seen on a sign outside of Google Inc. headquarters in Mountain View, Calif., Aug. 6, 2004.
Erin Lubin—Bloomberg News/Getty Images
By Jennifer Latson

Long ago (in terms of internet history), before Google aspired to design self-driving cars and extend the human lifespan, it was just a search engine — albeit one that quickly rose to worldwide dominion over the web.

On this day, Sept. 4, in 1998, Google co-founders Larry Page and Sergey Brin filed for incorporation, motivated by the need to deposit a $100,000 check from their first investor, Sun Microsystems founder Andy Bechtolsheim.

Within two years, Google had become what TIME described in 2000 as “the Web’s largest and hippest search engine… [with] a reputation for uncanny speed and accuracy, delivering exactly what you’re looking for in a fraction of a second.”

Today, considering that the corporation is now so vast it’s had to start a whole new company to accommodate its many ventures, it can be hard to recall that simpler time, 17 long years ago. Here are a few Google firsts, from the search engine’s early days:

First name: Brin and Page, classmates at Stanford, named their first web crawler BackRub. The search engine tapped into the campus’s broadband network — and its resource-draining ranking system occasionally brought the entire network crashing down, according to Wired. “At one point, the BackRub crawler consumed nearly half of Stanford’s entire network bandwidth, an extraordinary fact considering that Stanford was one of the best-networked institutions on the planet,” Wired notes.

First marketing push: Page sent out the first issue of the “Google Friends” newsletter on April 29, 1998; it was meant both to update users on new features and to solicit feedback. The May 1998 edition noted: “As you have probably noticed we have made some interface changes (improvements?) over the past couple weeks… Google has now been up for over a month with the current database and we would like to hear back from you. How do you like the search results? What do you think of the new logo and formatting? Do the new features work for you?”

The email newsletter circulated monthly for 13 years until it was retired in 2011. Google’s oldest friends were encouraged to find updates instead on the Google Blog or its Twitter accounts. (Feedback was no longer actively solicited.)

First doodle: The earliest Google Doodle was meant merely as an out-of-office message. At the end of August in 1998, Brin and Page went to Burning Man, as they do, so they inserted a stick figure — the Burning Man logo — on their homepage to let users know they’d be unavailable for a few days.

First reviews: After Google took Stanford by storm, the buzz quickly carried throughout “the cloistered world of academic Web research,” per Wired — and then beyond. PC Magazine reviewed the search engine favorably in November of 1998 (when Google was still using an exclamation point in its name, à la Yahoo!), writing that it “helps you access the most relevant finds more quickly, and rivals Yahoo! for finding that handful of key sites you may be looking for.”

Six months later, TIME concluded that Google had surpassed Yahoo! — although it lumped Google in with the now non-existent FAST, calling the pair “a new generation of search services … armed with next-generation technology, [who] say they have the power to supplant their elders and finally make sense of the Web.”

Read an early article about Google, here in the TIME archives: In Search of Google 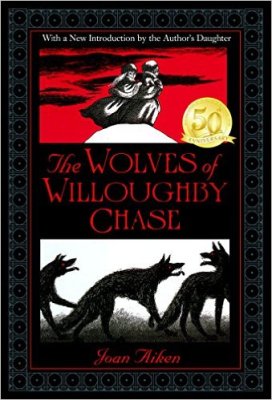 Read the Original Review of Joan Aiken's 'Masterpiece' The Wolves of Willoughby Chase
Next Up: Editor's Pick