What We Know About the Virginia TV Shooting Suspect

The suspect who shot and killed two members of a television news crew Wednesday morning was a disgruntled former employee of the crew’s TV station who apparently wrote of his motives in a lengthy, rambling manifesto and on social media.

Vester Lee Flanagan II, known on air at WDBJ as Bryce Williams, died of a self-inflicted gunshot wound hours after opening fire on a reporter and cameraman in Virginia. In addition to killing two, his attack had injured a third person. He was angry over being fired from the station, staff said.

In a 23-page fax sent to ABC News shortly after the shooting, Flanagan, 41, said he bought a gun in response to the June massacre at a historically black church in Charleston, S.C.

“As for Dylann Roof?” Flanagan, who is black, wrote in the manifesto, according to excerpts posted by ABC. “You want a race war (deleted)? BRING IT THEN YOU WHITE …(deleted)!!!”

Flanagan had also called ABC over the past several weeks saying he wanted to pitch a story and called again Wednesday morning after the shooting, saying police were “after me.” ABC turned the fax over to authorities.

Flanagan had a troubled history at WDBJ, with president and general manager Jeff Marks telling the Associated Press that Flanagan was “an unhappy man” and “difficult to work with.” When he was fired, police were required to escort him from the building.

“Eventually after many incidents of his anger…we dismissed him,” Marks told the AP. “He did not take that well.”

Flanagan died of a self-inflicted gunshot wound in a hospital Wednesday after crashing his car while Virginia State Police had pursued him for shooting and killing photographer Adam Ward and reporter Alison Parker as the pair was on assignment in Franklin County, Va.

Shortly after the shooting on Wednesday morning, social media accounts under Bryce Williams’ name began posting comments and videos related to the attack.

“Alison made racist comments,” he wrote, referring to the dead reporter. “Adam went to HR on me,” he wrote of the photographer. At one point, Flanagan had filed a complaint with the Equal Employment Opportunities Commission, according to his Twitter page.

His final posts on both the Twitter and Facebook accounts—which were disabled by early Wednesday afternoon—were videos taken from the perspective of the shooter in the attack. In the videos, the person filming approaches Parker and Ward who at first continue with their work interviewing the head of the local chamber of commerce. The shooter then begins firing at close range as Parker screams and runs. The camera goes black and more screams can be heard.

Earlier posts on Flanagan’s Twitter account were largely innocuous, including baby photos and selfies, while on Facebook he had shared videos of cats. But on Aug. 19, his posts took a dark turn. He posted a clip from the television show “Dynasty” showing a man strangling a woman and saying “I’m going to kill you.” He also posted what appeared to be a reel from his work as a reporter. Many of the recent clips focused on murder, crime and race issues. In one clip, he fires what appears to be a machine gun.

Flanagan previously sued a former employer, Tallahassee television station WTWC, for racial discrimination and retaliation in 2000, according to court documents and the Tallahassee Democrat. In the suit, Flanagan alleged that coworkers called him a “monkey” and said “blacks are lazy,” allegations that the network denied. The lawsuit’s outcome was unclear. 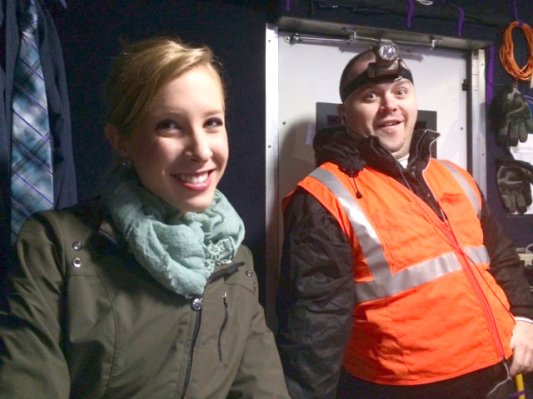