After the Army tested Humvee prototypes from Lockheed Martin Corp., AM General LLC, and Oshkosh Corp. back in January, it offered the latter a $6.75 billion contract on Tuesday to build military vehicles, the Wall Street Journal reports.

Over the next 25 years, Oshkosh will produce up to 55,000 Joint Light Tactical Vehicles (JLTVs) to replace a good portion of the military’s aging Humvees and larger trucks. The Army plans to purchase 49,909 for itself and 5,500 for the Marines.

Oshkosh has been in the business of building military vehicles for a long time, but has recently faced rough times as the Pentagon decreased its spending. This long-term contract gives the company some much needed stability. Its stock declined by about 20% this year, but after it locked in this deal on Tuesday shares rose by 12%, reaching $43 apiece in after-hours trade. This upsurge erased over half of its 20% drop.

The new design is lighter than the previous one produced by AM General, making it easier to transport by air. They will also provide superior protection against mines and roadside bombs, with greater range and durability to transport troops and gear.

Oshkosh chief executive Charles Szews told the Journal that its role in the defense business “supports the whole infrastructure for the company,” making this “a historic win.” 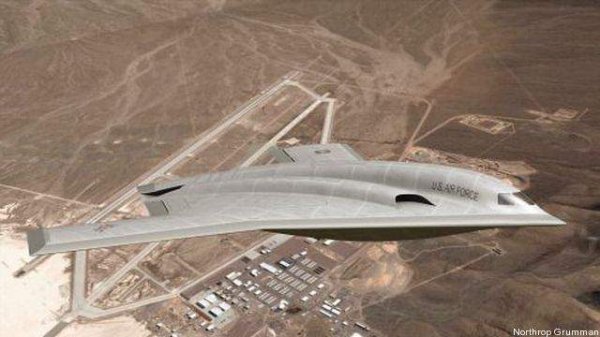 The Air Force's $25 Billion Bomber Blunder
Next Up: Editor's Pick