This City Has the Worst Traffic in the Country

Washington, D.C. tops all U.S. cities as the worst place for traffic congestion, according to a study released Wednesday by the Texas A&M Transportation Institute and data company Inrix.

Those traveling within the nation’s capital experienced around 82 hours of delay per commuter as of last year, nearly double the national average. Other cities at the top of the list include Los Angeles (80 hours), San Francisco (78 hours), New York (74 hours), and San Jose (67 hours), according to the 2015 Urban Mobility Scorecard.

The report pointed out that overall traffic congestion levels have returned to pre-recession days, the result of an improved job market leading to more drivers on the road. All told, commuters are now stuck in their cars for almost 7 billion extra hours every year, translating to about 42 hours a year for a typical rush-hour commuter.

The average travel delay per commuter nationwide has already doubled that of 1982, and quadrupled in cities of less than 500,000 people over the same period. The problem doesn’t look like it will be abating any time soon — the study predicts the annual delay per commuter will grow from 42 hours to 47 hours by 2020, while total nationwide delays will grow to 8.3 billion hours.

“Connectedness, big data and automation will have an immense impact over the next decade on how we travel and how governments efficiently manage the flow of people and commerce across our transportation networks,” said Jim Bak, one of the report’s authors and a director at Inrix, in a statement.

Read next: These Cities Have The Worst Traffic in the World, Says a New Index 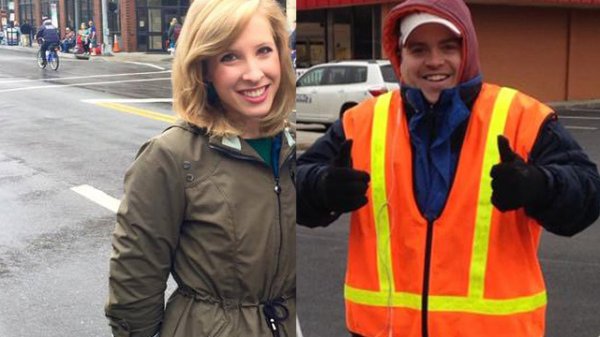 Suspect in TV Broadcast Dead From Self-Inflicted Gunshot Wound
Next Up: Editor's Pick