Legend joined Swift on stage for a duet performance of his hit ballad “All Me,” a surprise that came together last minute. “I found out John and Chrissy were coming thirty minutes before I went on and called Chrissy and asked her if John would perform,” Swift explained. Earlier in the evening, the “Bad Blood” star brought out Beck for a version of his song “Dreams” with St. Vincent, aka Annie Clark, on guitar. In addition to making TIME’s list of the best albums of 2014 with her her self-titled record, St. Vincent has also dated supermodel and Paper Towns actress Cara Delevingne, a noted member of the Taylor Swift #squad. See the clips below: 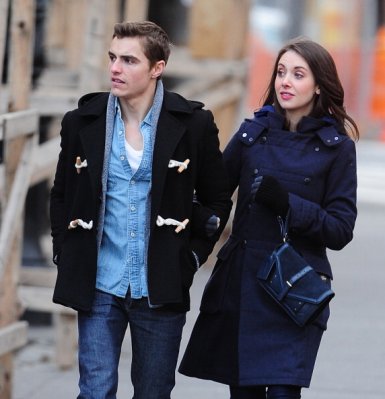 Alison Brie and Dave Franco Are Engaged
Next Up: Editor's Pick