Mark Moogalian played dead after being shot in the neck during his attempt to wrestle an assault rifle from the gunman on a passenger train in Belgium, according to his wife.

The French-American fell to the floor and said “C’est fini [It’s over]” to his wife Isabelle Risacher Moogalian, reports CNN.

She said that her husband, who is now recovering in a hospital in France, played dead to avoid being shot again. “I thought to myself, everyone on this train is going to die,” said Risacher Moogalian to CNN.

Thankfully, no one died due to the efforts of Moogalian and four other men: Chris Norman from the U.K. and Americans Anthony Sadler, Spencer Stone and Alek Skarlatos.

The men tackled and disarmed the gunman, Ayoub El Khazzani, who had boarded the train with an arsenal of weapons that included an assault rifle, 270 rounds of ammunition, a Luger M80 pistol with a full magazine and a water-bottle-sized container full of gasoline.

Like the four men before him, Moogalian will be awarded with the Legion of Honor, France’s highest honor. 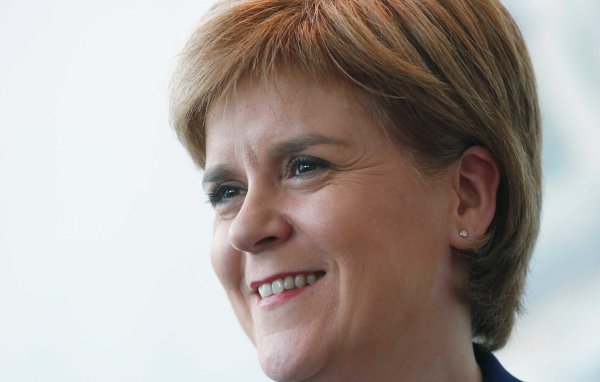 Scotland's First Minister Helped a Man Propose to his Boyfriend
Next Up: Editor's Pick