Hardik Patel, center, and others at the Maha Kranti rally at GMDC ground in Ahmedabad on Aug. 25, 2015. The Maha Kranti rally comes after a monthlong agitation by the Patel community for their demand of reservation
Shailesh Raval—India Today Group/Getty Images
By Rishi Iyengar

Hardik Patel helps his father run a small business selling submersible pumps in rural areas surrounding Ahmedabad, the largest city in India’s prosperous western state of Gujarat. The 22-year-old has a bachelor’s degree in commerce and belongs to a middle-class family.

On Tuesday, however, he was arrested, sparking violent protests from the tens of thousands of people who had gathered to hear him speak. In response, the state government imposed a curfew and shuttered schools in several parts of the state.

Three police stations were set ablaze by the mob, which also attacked the homes of three state ministers, the Indian Express newspaper reported.

Patel is at the helm of a protest movement aimed at declaring the Patidar community he belongs to — an affluent and politically dominant section of Gujarati society — as “backward” under India’s quota system for its historically lower castes, legally termed as Scheduled Castes (SC), Scheduled Tribes (ST) and Other Backward Classes (OBC). This would give the Patidars access to the 50% of government jobs and places in educational institutions currently reserved for such “backward” castes under a form of affirmative action.

The Patels (or Patidars) run several small and medium businesses not just in India but also in the U.S., Europe and Africa. They are also key players in India’s diamond trade, and have been major supporters of the Bharatiya Janata Party that Indian Prime Minister Narendra Modi belongs to since the late 1980s.

But as Patel warned during his rally on Tuesday, referencing the party’s election symbol, “the lotus will not bloom” if his community’s demands are not met.

“If you do not give us our right, we will snatch it,” he said, before declaring an indefinite hunger strike, following which he was briefly arrested and then released. “Whoever will talk of Patel interests will rule over Patels.”

The Gujarat government led by Chief Minister Anandiben Patel — who also happens to belong to the same community — has rejected Hardik Patel’s demands, saying that the 50% cap on reservations for lower castes has already been met in Gujarat. This means that including the Patidars could only be done by reducing access for more-needy castes. The protest leader counters that the government quota, which ensures a portion of college admissions and government jobs are reserved for lower castes and classes that have traditionally faced discrimination, puts the Patel community at a disadvantage since they are denied access to those positions despite being eligible on merit.

“It’s always the socially and economically better off within each state, the dominant castes of that region [that make such arguments],” Yagati Chinna Rao, chairman of the Centre for the Study of Discrimination and Exclusion at New Delhi’s Jawaharlal Nehru University, tells TIME. He cites examples like the Gujjar community in Gujarat’s neighboring state of Rajasthan, and the land-owning Jat community in the northern part of the country, among others, whose similar agitations have met with mixed success.

“Basically, it’s middle-class intelligentsia aggression, since you have the financial resources and education and facilities but you are not able to put your foot into the remaining half of the box, which is sealed,” Rao says.

In terms of actually attaining their goal, though, Hardik Patel and his followers have a long way to go.

“It is in the hands of the government only initially, but this demand will go to a committee and that committee has to do academic studies on whether the community is socially and educationally backward,” Colin Gonsalves, director of New Delhi–based Human Rights Law Network, tells TIME. “Ultimately this is going to the courts, because the expansion of the OBC list is something that the courts are looking at very closely now.”

Gonsalves, like Rao, compares it to the “ambitious and unconstitutional” recent agitation for the Jats of Haryana to be included in the backward classes. Although he says it is too early to write off the Patels for similar reasons, the Gujarat clan “may suffer the same fate.”

Correction: The original version of this story misstated the capital of Gujarat. It is Gandhinagar. 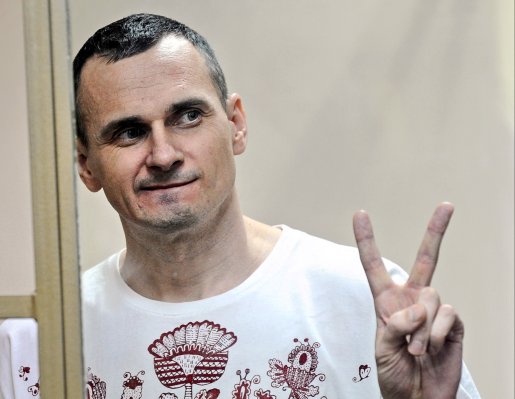 Russia Jails Ukrainian Filmmaker for 20 Years
Next Up: Editor's Pick