The conservative group Project Veritas released a video Wednesday morning showing a glimpse of its long-anticipated undercover video sting inside the Clinton campaign.

“This is just the tip of the iceberg,” says James O’Keefe, the group’s founder in the clip.

Filmed by hidden camera by Project Veritas supporters posing as Clinton volunteers, the video shows a Clinton campaign staffer discussing strategies for targeting voter registration efforts. The campaign’s policy is to register all those who ask to register, a fact the staffer repeats.

But the staffer is also seen encouraging the “volunteer” to first ask whether the Iowans they encounter are Clinton supporters before asking if they are registered to vote. “We don’t want to make our focus be voter registration, because then we have to, like, register everyone regardless of whether they’re supporters or not,” the Clinton organizer is shown saying.

Nothing in the video shows the Clinton campaign violating the law, or the campaign’s own policy. But Veritas claims, nonetheless, that the campaign is “skirting the law” by first asking whether potential voters are supporters before making the registration offer. This approach to training volunteers is standard operating procedure across field campaigns, according to a Republican field staffer, who requested anonymity.

The Clinton campaign put its offices on alert nationwide last week after catching wind of the Project Veritas effort, warning about the potential for more attempts to infiltrate its campaign. Other schemes identified by the Clinton campaign included efforts to convince staffers and volunteers to accept potentially illegal contributions.

In the video, a Veritas supporter is seen greeting Clinton and posing for a photo with her, though it is not clear whether their interaction yielded anything of note. “Stay tuned Hillary, because we’re shortly going to release a stunning story of electoral malfeasance at the highest levels of your campaign,” O’Keefe says. “Check your email.”

The Clinton campaign declined to comment on the video. 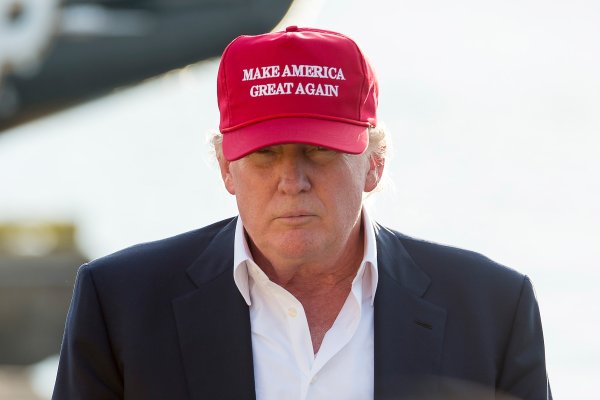 Trump and Univision's Jorge Ramos Spar on Immigration
Next Up: Editor's Pick