Oxford Dictionaries announced its latest additions on Wednesday, highlighting the things we were talking about in the summer of ’15—like angry Internet commenters, gender identity and what a sweet time of day “beer o’clock” is.

Oxford Dictionaries is the branch of the Oxford family that focuses on modern language—words that people are using now and how they’re using them—which makes their barriers to entry different than the venerable, historical Oxford English Dictionary. Their new words often arise from fresh technology and pop culture and might include Internet slang (like new entry pwnage) that would get laughed out of the OED’s admittance office.

As with every update, the additions reflect who English-speakers are. Sometimes we are microaggressive brain-farters. At other times we are butthurt pocket-dialers. At others still, we are simply hangry fat-shamers or rando Redditors.

Among the lessons about who we are right now: The addition of Mx., a gender-neutral honorific for those who do not want to be referred to as Mr. or Mrs., reflects today’s more thoughtful conversations about gender identity, spurred on by the likes of Caitlyn Jenner. Grexit, a term for referring to the possible exit of Greece from the European Union, points to how global our economy is becoming. And the addition of barbacoa illustrates how much people like Chipotle.

Here is a selection from this latest update, including definitions of all the italicized words above:

barbacoa (noun): (in Mexican cooking) beef, lamb, or other meat that has slowly been cooked with seasonings, typically shredded as a filling in tacos, burritos, etc.

beer o’clock (noun): an appropriate time of day for starting to drink beer

Brexit (noun): a term for the potential or hypothetical departure of the United Kingdom from the European Union

bruh (noun): a male friend (often used as a form of address)

cakeage (noun): a charge made by a restaurant for serving a cake they have not supplied themselves

cat cafe (noun): a café or similar establishment where people pay to interact with cats housed on the premises

cupcakery (noun): a bakery that specializes in cupcakes

deradicalization (noun): the action or process of causing a person with extreme views to adopt more moderate positions on political or social issues

fast-casual (adjective): denoting or relating to a type of high-quality self-service restaurant offering dishes that are prepared to order and more expensive than those available in a typical fast-food restaurant

fatberg (noun): a very large mass of solid waste in a sewerage system, consisting especially of congealed fat and personal hygiene products that have been flushed down toilets

fat-shame (verb): cause (someone judged to be fat or overweight) to feel humiliated by making mocking or critical comments about their size

glanceable (adjective): denoting or relating to information, especially as displayed on an electronic screen, that can be read or understood very quickly and easily

Grexit (noun): a term for the potential withdrawal of Greece from the eurozone (the economic region formed by those countries in the European Union that use the euro as their national currency)

hangry (adjective): bad-tempered or irritable as a result of hunger

kayfabe (noun): (in professional wrestling) the fact or convention of presenting staged performances as genuine or authentic

MacGyver (verb): make or repair (an object) in an improvised or inventive way, making use of whatever items are at hand

manic pixie dream girl (noun): (especially in film) a type of female character depicted as vivacious and appealingly quirky, whose main purpose within the narrative is to inspire a greater appreciation for life in a male protagonist

manspreading (noun): the practice whereby a man, especially one travelling on public transport, adopts a sitting position with his legs wide apart, in such a way as to encroach on an adjacent seat or seats

meeple (noun): a small figure used as a playing piece in certain board games, having a stylized human form

mic drop (noun): an instance of deliberately dropping or tossing aside one’s microphone at the end of a performance or speech one considers to have been particularly impressive

microaggression (noun): a statement, action, or incident regarded as an instance of indirect, subtle, or unintentional discrimination against members of a marginalized group such as a racial or ethnic minority

mkay (exclamation): non-standard spelling of OK, representing an informal pronunciation (typically used at the end of a statement to invite agreement, approval, or confirmation)

Mx (noun): a title used before a person’s surname or full name by those who wish to avoid specifying their gender or by those who prefer not to identify themselves as male or female

pocket dial (verb): inadvertently call (someone) on a mobile phone in one’s pocket, as a result of pressure being accidentally applied to a button or buttons on the phone

pwnage (noun): (especially in video gaming) the action or fact of utterly defeating an opponent or rival

rando (noun): a person one does now know, especially one regarded as odd, suspicious, or engaging in socially inappropriate behaviour

swatting (noun): the action or practice of making a hoax call to the emergency services in an attempt to bring about the dispatch of a large number of armed police officers to a particular address

weak sauce (noun): something that is of a poor or disappointing standard or quality

wine o’clock (noun): an appropriate time of day for starting to drink wine

Read next: 15 Words You Need to Eliminate From Your Vocabulary 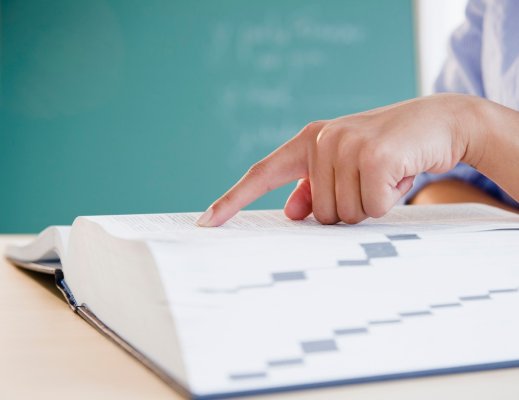 Why Dropping 'Anchor Baby' Is a Problem for Politicians
Next Up: Editor's Pick