Costume companies are already out in full force defending their inevitable controversial Halloween offerings, and it’s not even September.

The inevitable Caitlyn Jenner Halloween costume debacle began Monday, with Spirit Halloween commenting on its sale, a representative calling Jenner “the most important real-life superhero of the year.”

Now there’s a costume based on Cecil the Lion, the famed lion who was killed by American dentist Walter James Palmer in July. The costume, sold on Costumeish.com, is called “Lion Killer Dentist Halloween Costume” and is described as follows:

Johnathon Weeks, the 33-year-old Founder and Vice President of the company selling the costume, told TIME that Costumeish has a search engine to gauge what people are searching for when it comes to costumes. “Cecil was coming up, and just like with many of the other ones, like the Ebola or the ALS Ice Bucket Challenge costumes, we see the trend from users,” he says. “Halloween is a really tricky day and you see some of the costumes come about and it’s almost like desensitizing things.”

The company is advertising that 15% of all proceeds from the costume will go to a wildlife foundation, and Weeks said he was approached by the African Wildlife Foundation at the time of TIME’s interview. “Maybe our money has Cecil’s lion’s blood on it,” he said. “I’m not here to offend anybody, I’m just here to keep things questionable. We’re just in the very beginning of this Halloween season. There’s more to come.”

What else is to come will be dictated by the news cycle in the 10 weeks leading up to the holiday, Weeks says. “We have a Jared costume that comes with a Subway sandwich, Donald Trump, Bill Cosby, Ashley Madison, [Josh] Duggar,” he says. And a Megyn Kelly menstruation themed costume isn’t out of the question either.

“Where do you draw the line? I don’t know. I won’t make a toddler ISIS costume.” 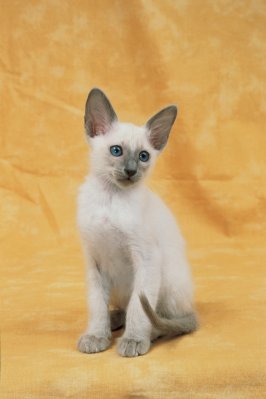 Watch a Cat Show He Has Absolutely No Use for a Cat Door
Next Up: Editor's Pick