How Intel's Future Goes Way Beyond the PC

The Intel logo is displayed outside of the Intel headquarters on January 16, 2014 in Santa Clara, California.
Justin Sullivan—Getty Images
By Tim Bajarin

I spent most of last week alongside thousands of engineers at Intel’s annual Developer Forum, also known as IDF. The company used the San Francisco event to teach techies about its next-generation processors and other new technologies as it strives to move away from just making chips for personal computers and towards a more diverse set of industries.

Intel’s newest Core processors, codenamed Skylake, will be the most powerful and scaleable Intel has ever made. While the details remain under wraps for now, look for more information in early September when the annual IFA trade show begins in Berlin.

But in an interesting twist, Krzanich didn’t use his keynote to talk at length about Intel’s top-of-the-line processors. Instead, he focused primarily on Intel’s new products aimed at the burgeoning Internet of Things market. While Intel is best known for its PC chips, it also has a new processor called Quark that can power all types of non-PC gadgets. While the Quark CPU can be bought as a standalone chip, its real value comes when it’s at the center of a system-on-a-chip package called Edison. According to Intel, Edison features:

That’s all techie speak for a complete computing solution that can be packed into more complex non-PC devices, like robots, drones, and Internet of Things inventions. Indeed, Edison has become a big hit with the DIY “Maker Movement” crowd, as it lets inventors quickly prototype, test and tweak their creations. Intel’s move to support the Internet of Things and broader Maker Movement is critical to the company’s future. Demand for PCs is down, and while the company will continue making powerful processors for them as well as high-end servers, Intel needs to diversify to stay relevant and competitive.

To further bolster the company’s ties to DIYers, the company is teaming up with Shark Tank producer Mark Burnett to create a new show set to debut in 2016 called America’s Greatest Makers. Similar to Shark Tank, the show will feature makers and inventors putting their tech head to head for a $1 million prize.

Intel clearly wants people to see it as more than a PC company, and this year’s IDF reinforced the idea that Intel wants to play a bigger role in the next generation of maker innovations and connected devices. From what I saw at this year’s Developer Forum, Intel seems well on its way to a more diverse future. 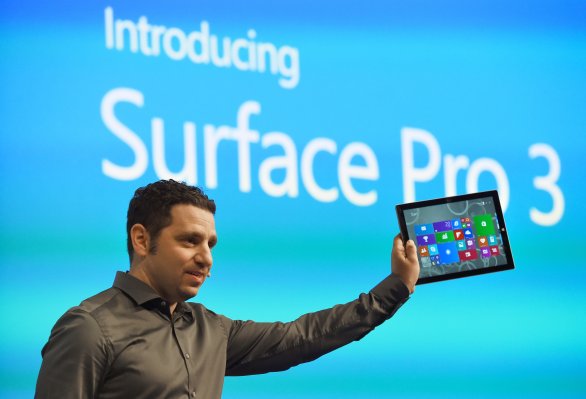 Why Laptop-Tablet Hybrids Aren't the Future of Computers
Next Up: Editor's Pick