These Companies Have the Biggest CEO-Worker Pay Gaps

Glassdoor released a report Tuesday that shows the average CEO earns around 204 times what the company’s median worker receives.

The SEC adopted a new rule this month that will require publicly traded companies to disclose the ratio of CEO pay to median worker pay. Glassdoor has been ahead of the curve on this pay transparency mission, collecting voluntary and anonymous salary reports from employees since 2008. Glassdoor used the data to compile a report that shows what the ratios might look like once the SEC rule goes into effect in January 2017.

The highest CEO-worker pay ratio was found at Discovery Communications, where CEO David M. Zaslav makes 1,951 times more than his median workers. Zaslav took home $156 million in 2014, while median pay at the media company was $80,000.

Chipotle Mexican Grill came second on the list, with a pay ratio of 1,522, while CVS Health was third with a ratio of 1,192.

Microsoft’s CEO-worker pay ratio of 615 was the highest of the companies Glassdoor measured in the technology sector. Google’s ratio was 0, as CEO Larry Page receives a $1 annual salary. CEOs such as Page often get the vast majority of their income from their large share holdings. 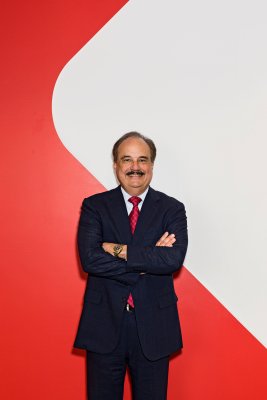 This CEO Has The Highest Pay Compared To His Workers
Next Up: Editor's Pick