At a time when too-few women are afforded opportunities both in front of and behind the camera in Hollywood, the Ghostbusters reboot has made a conscious effort to promote girl power.

Star Melissa McCarthy posted a photo to Twitter on Tuesday in which she posed with all the women of the Ghostbusters film—and there are a lot of them. Besides actresses Kristen Wiig, Kate McKinnon and Leslie Jones, rows of stunt doubles, producers, writers and other crew members also filled the shot. Each woman held up a sign indicating her role in the film.

McCarthy thanked Ellen host Ellen DeGeneres in the picture for her initiative to promote girl power through her Gap line of children’s clothing.

Even though the highly anticipated all-female Ghostbusters movie will hit theaters in 2016, Hollywood is far from reaching gender parity. Women made up just 14% of protagonists and 30% of all speaking characters featured in the top 100 grossing films last year, according to the yearly “Celluloid Ceiling” report released by the Center for the Study of Women in Television and Film at San Diego State University.

Things were even worse for women behind the camera. That same year, women comprised 17% of all directors, writers, producers, executive producers, editors and cinematographers working on the top 250 movies.

If there’s anyone who can change that trend it’s Melissa McCarthy, who recently ranked number three on Forbes’ list of top earning actress last year and starred in several successful summer blockbusters including Bridesmaids, The Heat, and Spy. Director Paul Feig (who helmed all three of those films) is also responsible for the new Ghostbusters film.

Read Next: Dear Aaron Sorkin, If You Don’t Think There Are Enough Good Roles for Actresses, Write One Yourself 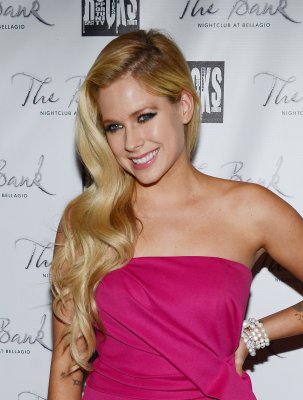 Avril Lavigne Defends Herself Against Taylor Swift Fans on Twitter
Next Up: Editor's Pick