German researcher Christian Lukhaup and two of his colleagues are apparently admirers of the former NSA contractor now living in Moscow. “The new species is named after the American freedom fighter Edward Joseph Snowden,” they wrote in their study, published Monday in the journal ZooKeys. “He is honored due to his extraordinary achievements in defense of justice, and freedom.”

The Cherax snowden had previously been misidentified as a very similar but different species of crustacean. It hails from West Papua in Indonesia and is often kept as a pet by crayfish enthusiasts in Europe, East Asia and North America because of its orange tipped claws. 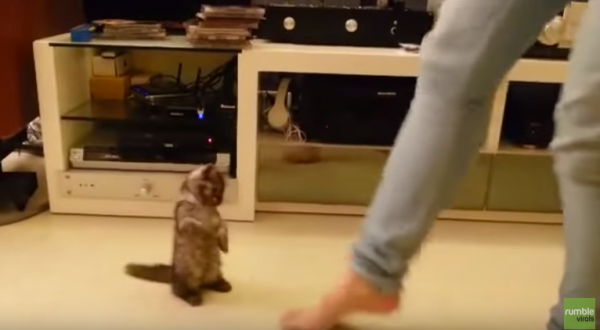 This Tiny Kitten Still Has Many Things to Learn About Dancing
Next Up: Editor's Pick