Lisa Bonet, Bill Cosby’s television daughter on The Cosby Show, hasn’t spoken publicly about the allegations of sexual assault against Cosby. But her real life daughter, Zoe Kravitz, said what her mom is thinking.

“She’s just as disgusted and concerned as everyone else is,” Kravitz told the Guardian. “But I don’t think she has any insight. It’s news to her as well.”

Kravitz admitted that her mother was extremely tight-lipped about the scandal: “She’d plead the fifth, even to me.” But she also said that “she’s a very straightforward person. If there was something she felt the world needed to know that would help this case or help any women who had been abused, she would say something.”

Cosby has been accused by more than 40 women of sexual assault. He is facing a criminal investigation, but he has not been charged. 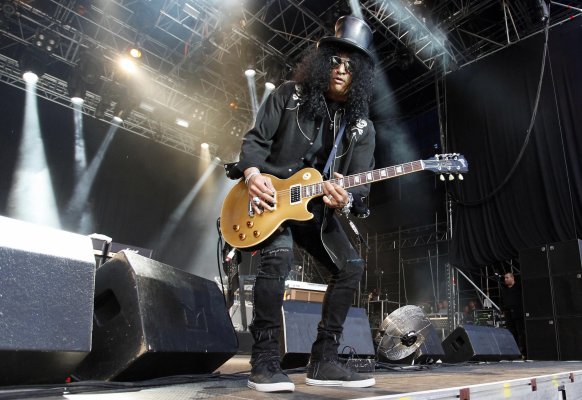 Slash Says He and Axl Rose Have Reconciled
Next Up: Editor's Pick