Quentin Tarantino has a reputation for casting actors in unexpected roles – John Travolta in Pulp Fiction or Uma Thurman in Kill Bill, for example. The director’s forthcoming film, the western Hateful Eight, will feature Jennifer Jason Leigh in one of her highest-profile roles in years: as Daisy, the sole female member of the titular group of tough characters.

In an interview with Vulture, Tarantino, 52, said he could imagine Jennifer Lawrence playing the part as well.

“I could have seen Jennifer Lawrence doing a good job with the role,” he said in the interview. “I’m a very big fan of hers. I think she could end up being another little Bette Davis if she keeps on going the way she’s going.”

However, Tarantino imagined the character being older than Lawrence, 25, and notes that he’s always been a fan of Jason Leigh, 53.

“Jennifer Jason Leigh came in and was really good. She went for a couple of things that other people just kind of playacted,” he said. “She had to act like she got shot, and she just screamed bloody murder. I kept remembering Jennifer’s bloodcurdling scream. If it had happened in a house, somebody would have called the cops.”

Tarantino, who cast Pam Grier in the title role in 1997’s Jackie Brown when she was in her late 40s, said it’s not that he’s necessarily interested in writing meaty roles for older actresses; he’s more interested in finding the right actors to embody his characters.

“I actually think my characters are going to be one of my biggest legacies after I’m gone. So I have no obligation whatsoever other than to just cast it right,” he said. “I don’t really know if I’m writing the kind of roles that Meryl Streep and Julianne Moore would play. Jessica Lange on American Horror Story is a little bit more my cup of tea.”

The director declines to commit to his next project in the interview. When asked about the long-rumored Kill Bill, Vol. Three, which would theoretically revisit Thurman’s character more than a decade later, he said only “It’s not off the table, but we’ll see.” 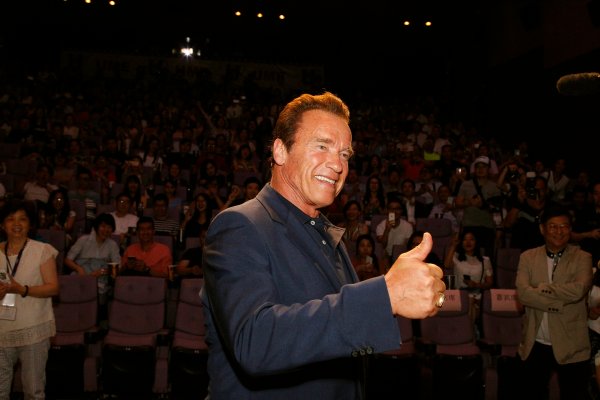 One of the Summer's Biggest Box Office Flops Makes a Comeback in China
Next Up: Editor's Pick