A lawyer representing Adnan Syed, the Baltimore convicted murderer whose case was profiled in the popular podcast Serial, says evidence that helped send his client to jail was inadmissible.

C. Justin Brown filed a court motion on Monday claiming that cellphone evidence turned over to the Baltimore police contained a cover sheet noting, “Outgoing calls only are reliable for location status. Any incoming calls will NOT be considered reliable information for location.” Had Syed’s previous attorney Cristina Gutierrez notified the court of this fact, Brown is claiming, the evidence may have never made it into Syed’s 2000 trial.

“We feel that the fax cover sheet from AT&T is an extremely important piece of evidence, and we are bringing it to the court’s attention as quickly as possible,” Brown told The Baltimore Sun. “We hope the court considers it.”

The calls were important to the prosecution’s case against Syed, 35. Prosecutors had argued that a series of phone calls to Syed’s phone had pinged towers near Baltimore’s Leakin Park, where the body of Syed’s ex-girlfriend and classmate Hae Min Lee was found, and that this corroborated the account of witness Jay Wilds, who testified that he helped Syed bury Lee’s body.

The Maryland attorney general’s office declined to comment to the Sun on the matter.

“If AT&T, the architect and operator of the cell tower network, did not think incoming calls were ‘reliable information for location,’ it is unfathomable that a Baltimore City Circuit Court judge would have allowed an expert opinion … under this method,” Brown wrote in the motion.

In May, Syed achieved a victory on the road to a retrial when the Maryland Court of Special Appeals granted a request that his case be remanded to a circuit court.

News of the AT&T cover sheet would be the second instance of Syed’s current legal representation claiming he had been given “ineffective assistance” by Gutierrez, who died in 2004. Syed’s defense also claims that leading up to the trial, Gutierrez failed to interview Asia McClain, a potential alibi witness who claimed she saw him at Woodlawn High School around the time he allegedly murdered Lee.

Syed is currently serving a life sentence for Lee’s murder.

Read next: How The Jinx and Serial Strain the Blurry Ethical Lines of Crime Reporting 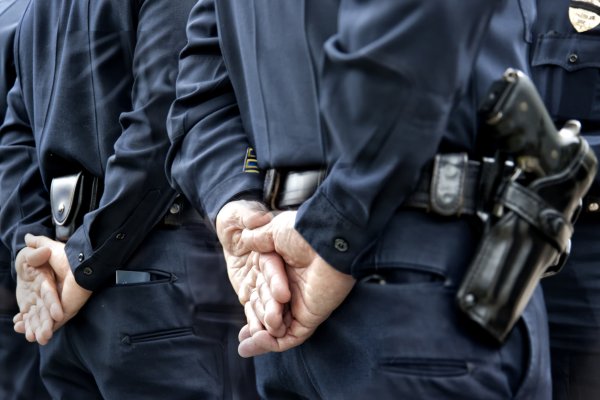 Cop Shoots and Kills Man Threatening Him With a Spoon
Next Up: Editor's Pick