China Struggles to Stay Rosy as Confidence and Markets Plummet

Monday was a really bad day for global stocks, and the Chinese state-run media duly covered the volatility. But the official Chinese press was more reticent in its coverage of China’s own stock-market rout, which triggered the worldwide sell-off.

On Monday, the Shanghai Composite Index dropped 8.5%, the worst decline since 2007. Tuesday saw a 7.6% fall. The latest drop in a summer of sell-offs means that the once buoyant Chinese bourse has shed more than $4 trillion since peaking in June — either a much-needed correction of an overheated market that had more than doubled in a year or a symbol of China’s more troubling economic slowdown, or quite likely both.

Even as punters counted their losses and one group even briefly kidnapped the head of a metals exchange in Shanghai, Monday evening’s prime-time newscast on CCTV, the state broadcaster, totally ignored the nation’s market woes. On Tuesday, as the Shanghai exchange opened 6.4% lower, the People’s Daily, the mouthpiece of the Chinese Communist Party, published a dispatch from Shanghai that reported not on the market fallout but instead on the installation of 12,000 sensors on manholes in one city district. The manholes, whose safety is apparently looked after by 19 separate agencies, will be monitored by satellite.

Control — even on manholes — is something with which China’s ruling Communist Party is clearly enamored. Chinese President Xi Jinping has consolidated power surprisingly quickly since taking over in late 2012 and will use the occasion of the 70th anniversary of Japan’s defeat in China to project his authority. A Sept. 3 military parade is planned, with world leaders (and some former ones, like Tony Blair) gathered to check out China’s latest in martial hardware.

But the past few weeks haven’t exactly gone according to the party’s plan. Earlier this month, a chemical explosion in Tianjin, which killed at least 129 people, coupled with official media obfuscation, dented confidence in the party’s leadership and commitment to transparency. Earlier in the summer, the government’s unprecedented stock-market intervention only served to spook investors, leading to further declines. This past weekend, the government announced that Chinese pension funds would be allowed to invest one-third of their capital in the stock market — yet another move to try to prop up the nation’s bourses. The move was followed by Black Monday, as the Aug. 24 stock-market disarray has been dubbed. “The government still thinks it can control everything,” says Mose Ma, who works for a venture-capital firm in Beijing. “But this is the stock market, and markets fluctuate. It abides by its own logic and rules.”

Most Chinese don’t trade in stocks and foreigners only own a tiny percentage of China-listed shares. Still, the market rout, along with the Chinese government’s bungled attempts to bring stability to the market, has raised larger questions about the health of the world’s second largest economy — and the competence of its stewards. After decades of double-digit growth, China’s economy is slowing. With the nation cutting back on commodities and imports, countries that depend on Chinese consumption are bracing for impact. And for a generation of Chinese accustomed to torrid growth, the new normal is frightening to behold.

Griffin Gao, a project manager for a financial-leasing company in Shenzhen, says he escaped Black Monday only because the stocks he holds are still frozen because of an earlier suspension in trading due to steep losses. “I’m not very confident,” he says, noting that most of his customers are from the manufacturing industry and that many have closed shop in China and are now building factories in Southeast Asia. “China’s infrastructure-construction boom is over.”

In the meantime, China’s official press is focusing on preparations for the upcoming military parade. Many local papers reserved prime front-page space to articles on shock and awe, including live-fire naval drills scheduled to take place off the eastern coast of China over the next three months. Diversionary tactics are just as useful for propaganda artists as they are for military strategists. 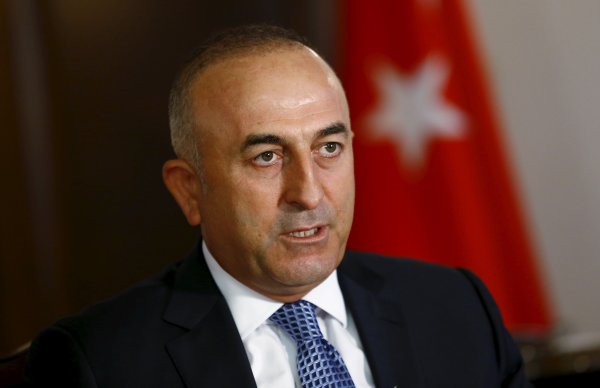