Cabot Brown in 1942.
Courtesy of the Brown family
By Olivia B. Waxman

Seventy years ago Wednesday, when the Japanese formally signed the documents that ended World War II aboard the USS Missouri in Tokyo Bay, many families around the world rejoiced at the prospect that their loved ones who had fought till the end would begin to return home. One boy who would have known that feeling well was Philip Brown, a San Francisco middle-schooler whose father, Lieut. Commander Cabot Brown, had been a medical officer in the Navy.

In May of 1945, TIME had printed a charming short essay that Brown wrote for his English class on the subject “The First Day My Father Is Home.” Now, in honor of the anniversary of V-J day, we’ve learned the story behind how that came to pass:

James “Jim” K. Brown, now 88, recalls that he was 18 years old, sitting at home in San Francisco, where his parents’ friends, TIME’s News Bureau Chief David Hulburd and his Navy aviator brother Jack, had stopped by for dinner and drinks. His 11-year-old little brother Philip came downstairs with his homework, which he shared with the group. “The TIME guy said ‘we’ll publish it,'” Brown says.

Here’s how the writing assignment appeared in the magazine:

After the issue came out, Brown says, “Some people said how great it was, others were horrified that an 11-year-old boy would know so much about scotch” (even if he misspelled it two different ways in the piece). He says the homecoming went mostly as Philip predicted it would, except the whole family did not have security clearance to meet their father when he disembarked. Only Jim was allowed to go down there because he was in the Navy.

After the war, Cabot would go back to his medical practice, specializing in the treatment of chest diseases and tuberculosis. Philip would go on to college, then work as a merchant marine purser and for American President Lines out of Chicago before he passed away about 15 years ago. Their brother Steve, also mentioned in the letter, would go on to serve in Korea with the Army.

As for Jim, a Harvard graduate who now lives in the Osborn Retirement Community in Rye, N.Y., he worked as a pharmacist’s mate in the Navy in Oakland and at the naval hospital on Mare Island from Aug. 3, 1944, to July 3, 1946. He did not go on to pursue a career in medicine, retiring as a research director at The Conference Board, a nonprofit that conducts business and economic research.

When asked if he thought “the greatest generation” was an apt nickname for those who served in World War II, he displayed the same forthright tone that got his younger brother published all those years ago: “There was a draft after all,” he said, “so I don’t know if the number that served reflects the greatness of our generation—or just obeying the law.”

See the original layout from 1945, here in the TIME Vault: Oh, Boy! 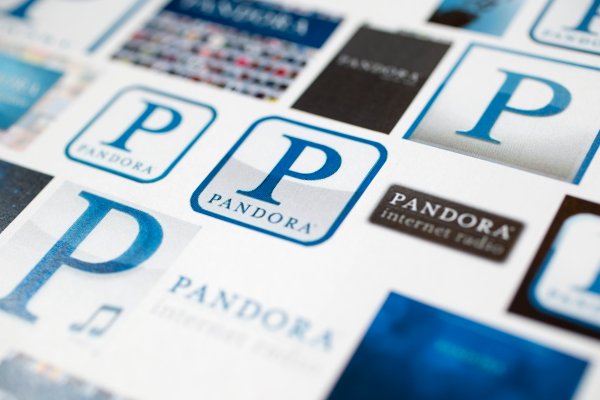 Pandora Is Going Ad-Free for One Day Only
Next Up: Editor's Pick