Women working in jobs dominated by men have high levels of interpersonal stress that could harm their health, shows a new study presented at the American Sociological Association’s annual meeting.

Indiana University Bloomington researchers looked at daily stress hormone patterns from more than 440 women in a large U.S. survey who worked in jobs where at least 85% of the workforce were men. In academic terms, a woman is considered an “occupational token” when 15% of colleagues in her occupation are women. That definition included jobs like construction supervisors, engineers, painters and groundskeepers.

MORE: Here’s Why Work Email Puts You In A Nasty Mood

Prior evidence shows that women in male-dominated jobs often experience stressors like social isolation, sexual harassment and low levels of support in the workplace. The researchers thought that stressors like these could impact patterns of the stress hormone cortisol, which fluctuate throughout the day but take an irregular pattern in people exposed to high consistent levels of stress, the authors say. In the study, they found that the “token” women had less healthy cortisol profiles compared to women who worked in jobs with a more even gender split.

“Men in occupations with 85% or more men do not evidence the same dysregulated cortisol profiles that we see in women in the same occupations,” says study author Cate Taylor, an assistant professor of sociology and gender studies at Indiana University Bloomington.

Cortisol is also particularly sensitive to social stressors and not as much to physical stressors, the authors say, which adds to the evidence that at least some of the irregularity in cortisol profiles is linked to negative workplace social climates that women face. 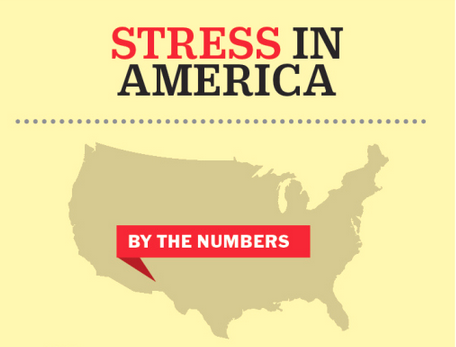 This Graphic Shows What Stress Does to Your Body
Next Up: Editor's Pick