For days, Europeans have hailed the courage of three American tourists — two of them off-duty military personnel — who tackled a lone gunman aboard a high-speed train in northern France last Friday, thwarting a terrorist attack that could have ended with dozens of dead and injured. But even that tale of bravery can not block out the worry: What about the next time?

For Europe, the details emerging about what happened on the Amsterdam-Paris train deepened the sense of vulnerability of the continent. And while European Union governments now vow to tighten security, the quick responses of citizens will likely be essential in averting more attacks. “It ultimately depends on the individual responsibility of men and women capable of doing the right thing under the circumstances,” French President François Hollande said on Monday, during a medal ceremony awarding the country’s highest distinction, the Legion of Honor, to the American train passengers Spencer Scott, Alek Skarlatos and Anthony Sadler, as well as British business consultant Christopher Norman, all of whom fought the gunmen. Standing in the ornate Elysée Palace, Hollande told the men that their actions were “an example, a sort of inspiration for all of us.”

Beyond inspiration, E.U. officials are grappling with how badly their security systems have failed — or whether the potential for an attack is due in part to the fact that 500 million E.U. citizens can cross the continent without any identity or passport checks. Ayoub El-Khassini, the 26-year old Morocco born suspected terrorist,was able to board the train at Brussels with a Kalashnikov rifle, a pistol, a box-cutter and more than 300 rounds of ammunition, without baggage or identity checks.

For years, the E.U.’s 28 governments have tried to balance the advantages of easy mobility around the continent — a core principle of the union — with the risks it entails. After the Charlie Hebdo attacks in Paris in January, which killed 17 people, France posted soldiers and policemen outside tourist sites like the Eiffel Tower and Louvre Museum, as well as in airport terminals and many major railway stations.

Yet Friday’s attempted attack suggested there are glaring holes, especially on Europe’s extensive high-speed rail network. Those trains — a source of great pride and affection for many Europeans — are crucial to the E.U. economy and to the continent’s lifestyle. They have made international travel routine for Europeans, who buy affordable tickets at the last minute, as if they were taking a short bus ride. Many French officials, for example, shuttle between Paris and the E.U. headquarters in Brussels, a 90-minute ride on the same rail line as Friday’s near attack. In Brussels, passengers can use their tickets for any scheduled departure that day. And unlike airline routes, some of the trains linking major cities stop at countless small towns along the way.

Imposing tight security on the system seems impossible to many officials, even though it exists for all flights in Europe and all trains between the continent and the United Kingdom, which opted out of the Schengen Agreements on free movement within the E.U. French transportation officials say they do not envision airport-style baggage or identity control, and that they are far more likely to begin random checks of bags and passengers. “Stations are public spaces,” Christophe Piednoël, spokesman for the French railway company SNCF said, quoted in Monday’s Liberation newspaper. “We cannot ask the French to wait one hour before boarding a train. And anyway, 15,000 trains cross France every day and traverse 3,000 stations.”

Then there is security within the stations themselves. Even if Khassini had decided not to launch his attack aboard the train, he could easily have slipped his weapons into Paris, once the train pulled into the city’s Gare du Nord terminal.

Since the January attacks in Paris, French soldiers have patrolled the Gare du Nord with rifles and sniffer dogs, part of the contingent of 7,000 soldiers the government has deployed in train stations since the Paris attacks. Yet their small numbers are virtually lost amid the huge crowds.

Extending strict security for travel around the continent seems unlikely. Instead, as Hollande suggested on Monday, Europeans will need to hope for the courage of people like Skarlatos, Stone and Sadler; for Skarlatos, an Oregon Army National Guardsman recently back from serving in Afghanistan, and Stone, a US Airman 1st Class, combat-ready reflexes seemed to kick in as soon as they spotted Khassini in their train car. “It was not really a conscious decision,” Skarlatos told reporters on Sunday evening. “We just decided to act… It was gut instinct.” 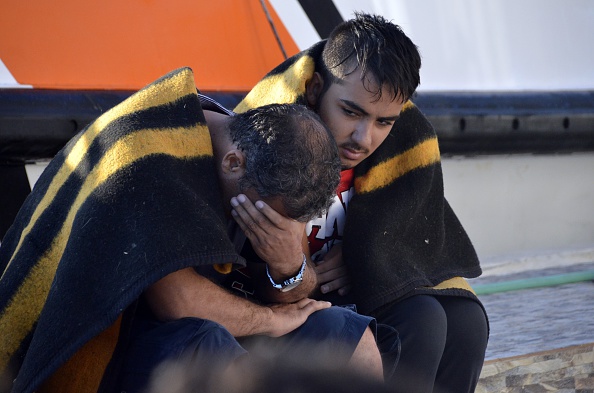