It has been a rough ride for energy stocks this year as almost all investors in the sector know. There are always extreme winners and losers among the thousands of publicly traded companies in the stock market, but broadly speaking stocks as a whole generally rise over time. This year has been an exception for energy stocks though.

Not only has energy as a group generally fallen, but the vast majority of individual energy stocks themselves have also collapsed in value. In fact, since the start of 2015, only 1 out of every 6 newly issued stocks or bonds in the energy space has appreciated in value. Most of the top performing energy stocks this year have still only managed to eke out modest gains on the order of 5-10 percent Year-to-date (YTD). Year to date returns are always a little odd though, since it’s hard to compare them to the typical mean annualized return of around 10 percent that has held for the broader market over the last 50 years. Because of that, it’s actually more useful to look at returns over the last year.

The list of the top performing U.S. energy companies with a market cap of at least $300 million is below.

* ALDW would also make the list, but is excluded here due to relationship with ALJ.

The notable point here is how low the returns are to make the Top 10 performers list. Most of the firms on the list are actually energy sector intermediaries involved in processing or transporting the product rather than drilling for it or servicing firms that do drill. Also, notably absent on the list are most of the well-known high growth names in the energy sector. That includes all the major frackers from Pioneer to Continental.

The best performing firms over the last month show a similar trend.

Stocks like Flotek and TETRA are bouncing after substantial declines all year, largely on investors finding good news after dissecting earnings season reports. PDCE is one of the few pure-play E&P firms that has truly been holding its own for most of the year and at least tread water. The success stories of the year are in refiners like PBF, HFC, and ALJ. The point here is that a lack of stock picking ability is not what has hurt E&P investors this year – no amount of stock picking ability would have helped as virtually no E&P firms have managed to stay above the water!

The list of worst performing stocks emphasizes that point and reveals how deep the carnage has been for investors.

With declines of this magnitude, it is clear that the macro-environment has exposed a lot of energy companies. This makes it extraordinarily difficult for investors to find and select companies with great growth prospects. 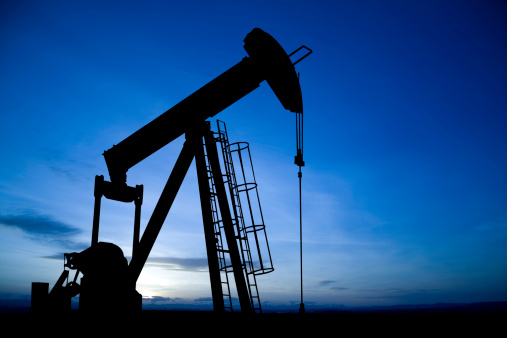