Reports following the most serious confrontation between North and South Korea in recent years are worrisome. Notwithstanding the ongoing bilateral discussions aimed at lowering tensions, reactions of the rival governments demonstrate how quickly matters could escalate in the Peninsula, despite the best interests of both countries. But this moment of crisis might also offer an opportunity for renewed engagement.

Several factors in the current flare-up are of special concern. First, this is the first significant physical confrontation on Kim Jong Un’s watch. While his father and grandfather dealt with many such crises, the young leader is still working to consolidate his leadership internally and externally. Demonstrating toughness in rhetoric and actions might be his way to do so, but it carries the risk of escalating out of control.

Second, South Korean President Park Geun-Hye assumed power only a couple of years ago with the intention of increased collaboration and engagement with the North. Recognizing that this might be interpreted as a weakness, both at home and abroad, might contribute to a perceived need by President Park to demonstrate toughness, which too might lead to uncontrolled escalation.

Third, the lack of a regional or international mechanism that can facilitate de-escalation and provide a ladder for both governments to climb down from heightened rhetoric and tensions is dangerous. Left alone, the two governments might not be able to find a face-saving path to prevent further escalation, even if both are interested in finding one.

Given the high stakes, it is imperative that the U.S. and the international community quickly step into action. There are no magic tricks, just honest, intense, and meaningful engagement.

Second, engagement should include both multilateral and bilateral meetings with the rival governments. Simply holding multi-party talks is not going to be enough. Different countries can have distinct roles in such engagement, offering reassurance and flexibility in paths to reduce tensions.

Third, this complicated web of meetings and relations should be carefully coordinated by the international parties involved, in order to make sure the effort, as a whole, points in a coherent direction. This can take the shape of an international “contact group,” a model previously used in other conflict theaters around the world.

In the global arena today, only the U.S. has the ability to convene and coordinate such an effort. Despite its extremely complicated and tenuous relations with North Korea, the U.S. remains the anchor around which other parties will convene and engage. This will require political will in Washington, and probably the appointment of a special envoy.

Kicking into gear such an engagement and creating an international “contact group” can not only help diffuse the current crisis, it can also establish a longer-term mechanism to mitigate risks of future crises. If successful, it might even be the spark that re-ignites a multi-national effort to resolve the long-standing issues of contention between North Korea and the international community. We can turn this moment of crisis into a real opportunity.

Bill Richardson is a former Congressman, Governor, U.S. Ambassador to the United Nations, and Secretary of Energy. 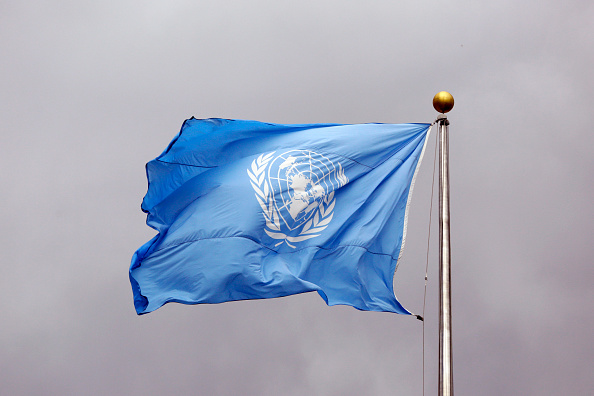 Your Guide to the Paris U.N. Climate Talks
Next Up: Editor's Pick