On Friday, three Americans helped to subdue a rifle-toting attacker on a French high speed train traveling from Amsterdam to Paris before he could carry out an attack. Here’s what we know about the men U.S. European Command Commander Gen. Philip Breedlove called “heroes.”

The Americans, Alek Skarlatos, Spencer Stone and Anthony Sadler, are friends who were traveling in Europe on vacation, according to CNN. Stone and Sadler live in Sacramento, Cal. while Skarlatos is from Roseburg, Ore. Sadler is a senior at Sacramento State University studying physical therapy.

How They Stopped the Attack

When the friends heard glass shattering and people running, they decided to overtake the attacker, who was carrying a Kalishnikov rifle, a pistol, box cutter and other weaponry. According to an account Skarlatos gave to the New York Times, Spencer grabbed the gunman by the neck while Skarlatos managed to wrest his rifle away.

Sadler described the attack to the Associated Press:

Stone was slashed by the box cutter in the head and neck multiple times. He is being treated at a nearby hospital, along with two passengers, one of whom was shot and another who was slashed in the neck.

French President Francois Holland will meet with the Americans in coming days, while U.S. President Barack Obama praised their travelers in a statement: “Their heroic actions may have prevented a far worse tragedy,” he said. 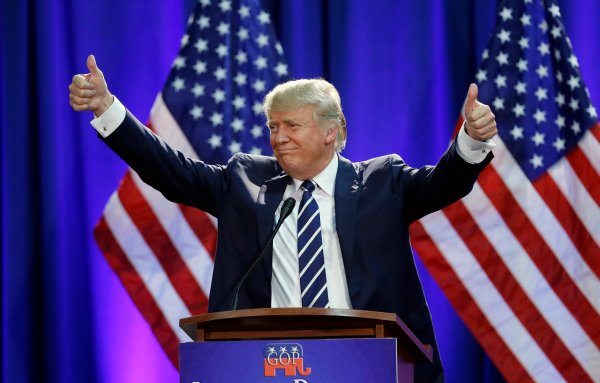 The Rise of Donald Trump Sparks Anger and Laughter in Mexico
Next Up: Editor's Pick