Photographer Shows Children Caught in Clash at the Greek Border

Children cry as migrants waiting on the Greek side of the border break through a cordon of Macedonian special police forces to cross into Macedonia, near the southern city of Gevgelija, The Former Yugoslav Republic of Macedonia on Aug. 21, 2015. Macedonian police clashed with thousands of migrants attempting to break into the country after being stranded in no-man's land overnight, marking an escalation of the European refugee crisis for the Balkan country.
Georgi Licovski—EPA
By Julia Zorthian

Hundreds of migrants trying to cross the border from Greece to Macedonia clashed with police lines on Friday, just a day after Macedonia declared a state of emergency and closed the border. Photographer Georgi Licovski captured this image of distressed children pushed against the police line and crush of bodies.

“For the first time in my life I saw my colleagues—photographers and journalists—crying because of the situation,” Licovski told TIME after spending the day taking pictures at the border. He added that it was also the first time he has cried while working.

When the Macedonian government allowed some migrants to cross into the country near the southern city of Gevgelija, people flocked to the passageway and tried to press through after the crossing was sealed once more. Macedonian police fired tear gas and stun grenades to subdue the crowd, the Guardian reports. The migrants tried to cross into Macedonia after being stranded in a no-man’s land.

Licovski said there were a lot of babies, children and mothers in the crowd, and that many families were split up in the throng that pressed people to the ground. He added, “It was really terrible, really terrible.”

Correction: The original version of the story misstated the name of the photographer whose image is featured. He is Georgi Licovski. 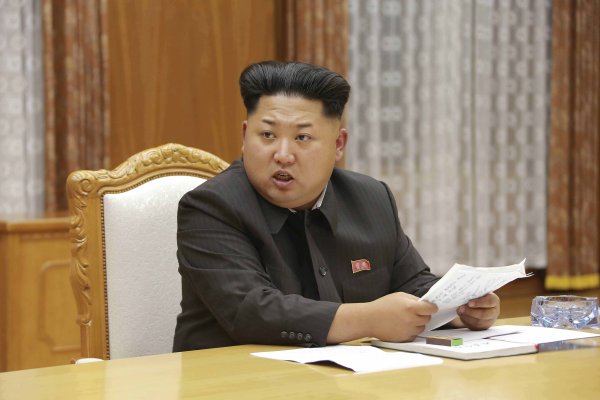