Police in Phoenix helped with a 10-hour rescue of a puppy after they found the dog trapped in a pipe at a home where they were executing a drug-related search warrant.

After the long rescue effort, the puppy was extracted from the pipe and reunited with its mother.

The Arizona Humane Society determined the puppy was 1 to 2 weeks old and a pit bull terrier mix. Officers also found two puppies that had died, and a grown female dog that survived. All the dogs were believed to be strays, the Associated Press reports.

After the ordeal, it is unclear whether the officers found any drugs. 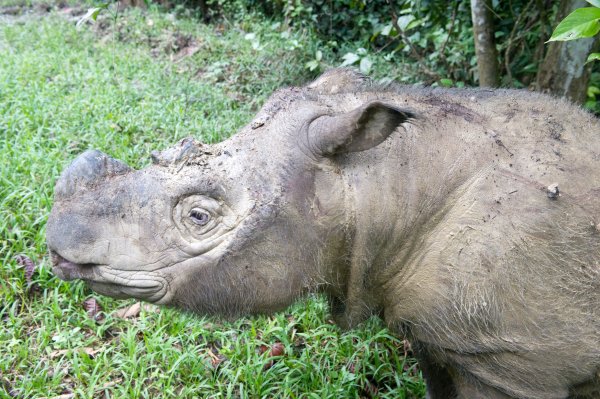 Sumatran Rhino Deemed Extinct in Malaysia
Next Up: Editor's Pick