Marvel's Most Wanted Close to Getting a Pilot at ABC

ABC is close to a deal for a Mockingbird-centric pilot called Marvel’s Most Wanted, EW has confirmed.

Earlier this year, ABC was developing an Agents of S.H.I.E.L.D. spinoff starring Adrianne Palicki and Nick Blood, who play the formerly married duo Agent Bobbi Morse and mercenary Lance Hunter. But the network decided not to move forward with the project when announcing its new shows at upfronts, with ABC entertainment president Paul Lee noting that the characters had helped S.H.I.E.L.D. hit its “creative stride.”

As first reported by Variety, the new project is no longer a spin-off, but will focus on the character’s continued adventures. It’s unclear whether the potential show will be introduced with a backdoor pilot on S.H.I.E.L.D.

With the Mockingbird pilot and John Ridley’s top-secret project also in the works, Marvel could have as many as four shows in primetime soon with the return of Agent Carter in midseason and Agents of S.H.I.E.L.D. in the fall. 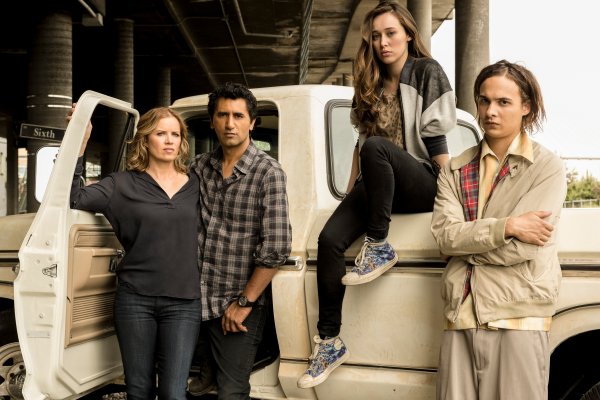 Don't Expect These 7 Things on Fear the Walking Dead
Next Up: Editor's Pick