By Sarah Begley and Nolan Feeney

Most comedians work their way up the fame ladder little by little: a spot on a late-night show, a role in a comedy film. But a single smash-hit set launched Tig Notaro to stardom overnight.

That’s not to say the stand-up comic didn’t pay her dues: the Mississippi native spent years touring and doing small parts in comedy shows. Agents said she was “too low-key,” and she wasn’t mainstream enough to get booked on Leno or Letterman.

But after a particularly rough patch in her personal life—she got extremely sick with a C. difficile infection, her mother died, and she was diagnosed with breast cancer—Notaro gave a landmark performance at the L.A. nightclub Largo that was praised for its naked honesty about all she was going through, even while keeping the audience in stitches. Louis C.K. called it one of “a handful of truly great, masterful standup sets” he has seen in 27 years, and the news quickly went viral.

Notaro’s comedy may not be for everyone, but it has earned a loyal following. She’s had a red-letter summer: in July, she was the subject of the Netflix documentary Tig, which followed her post-cancer personal life, and on Saturday, HBO will air her comedy special Boyish Girl Interrupted, a set she closed out by taking off her shirt to reveal her double mastectomy scars. “It was really just part of the process of coming to terms with what my life was,” Notaro said in an interview with TIME. For the audience, though, it was that blend of funny, uncomfortable and slightly surreal that makes Notaro’s comedy so captivating. 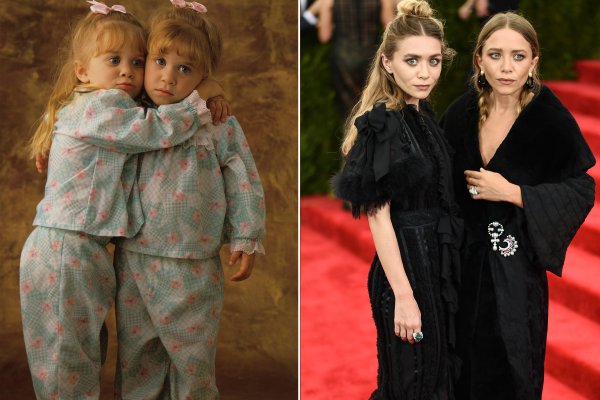 Here's What the Cast of Full House Looks Like Now
Next Up: Editor's Pick