If you thought a beer based on Wheaties was offbeat, you ain’t seen nothing yet. San Francisco brewer 21st Amendment is upping the ante with Toaster Pastry, an India Red Ale that’s an homage to Pop-Tarts.

The beer will be released at the opening party for the brewery’s new facility in San Leandro on Aug. 29 – and the flavor is an homage to that facility’s former focus. Long before 21st Amendment moved in, the former Kellogg Co. factory was used to make Frosted Flakes and Pop-Tarts.

After its introduction at the brewery, the beer, which comes in at 7.6% alcohol by volume, will be available in 19.2 oz. cans – a new (and permanent) size for the brewery’s seasonal offerings. Samples aren’t yet available, so I can’t yet testify to the taste (a shame, given my passion for all things Pop-Tart).

Worthy of note, though, is the beer’s IBU of 74, meaning it’s roughly as bitter as a Stone IPA. I’m eager to see how that bitterness blends with the sweetness you’d expect from something with ties to a toaster pastry.

Not a fan of Wheaties and prefer your Pop-Tarts in their traditional form?

How about a Count Chocula beer?

General Mills, which worked with Fulton Beer to launch HefeWheaties, has already got its next breakfast concoction in the works. Colorado’s Black Bottle Brewery will work with the company to bring back its Count Chocula-flavored beer next week.

The beer debuted last year, when Black Bottle employees bought pretty much every available box of the seasonal cereal from the Albertsons grocery store in Fort Collins, Co. to make the inaugural batch. (General Mills will supply the cereal to the brewer this year.)

The Count Chocula beer was hardly an aberration for the brewer. It’s Cerealiously line of beers has previous included Honey Bunches of Oats, Golden Grahams and Cinnamon Toast Crunch. (the brewer puts the cereal in a bag to prevent pieces from getting into the beer – in a procedure that’s similar to dry hopping.)

“We decided to do a milk stout as the base,” says Sean Nook, founder of Black Bottle. “And I was like ‘I want to put cereal in it and change it up.’ … It’s a fun, silly thing. It’s not one of our better beers … It tastes more like chocolate than it does cereal, but it’s still a beer.”

Craft beer and breakfast foods might not seem a natural fit, but they’ve teamed up in several ways. Vermont’s Potlicker Kitchen, for instance, offers shoppers a variety of jellies with a beer base – ranging from IPAs and Oatmeal Stouts to Hefeweizens and Porters. There’s even one made from Heady Topper there. Bloomberg tried them and said they taste like, well, jelly.

For most craft beer lovers, though, it’s nuanced, layered ‘breakfast beers’ that are in high demand. Founder’s various breakfast stouts are widely sought after – and a breakfast beer was one of the first ideas Sam Calagione had when he was developing his Dogfish Head brewpub.

Unfortunately, I can’t vouch for the quality or taste of any of the recent breakfast cereal beers (though Cerealiously Count Chocula will be poured at next month’s Great American Beer Festival, which I’ll be attending). However, if you’re in the market for a more traditional breakfast beer, here are a few to try.

Founder’s Breakfast Stout – An absolutely terrific stout. Full bodied with medium carbonation and incredibly smooth, it’s a testament to what the style should aim for. With a strong malty backbone and notable coffee and chocolate notes, it’s the creamy oatmeal flavors that really stood out for me. It’s not too heavy. And the layers of flavor you’ll experience as you drink it and as it warms are phenomenal. (ABV: 8.3%)

Lagunitas Cappuccino Stout – Out of Folgers? Don’t have anything real important to do that day? This might be an alternative to consider. Loaded with coffee beans, this is a pitch black beer that has the roasted flavor you expect from a good cup of Joe. And it’s good both cold or at room temperature. Just beware of that ABV. It creeps up on you. (ABV: 9.62%)

Samuel Smith’s Oatmeal Stout – This beer can scare some people away with its dense darkness, but it’s not nearly as heavy as it appears. Medium bodied and quite smooth, you’ll get the roasted malts and some coffee notes initially, followed by the oatmeal, with a bit of sweetness at the finish. It’s a creamy, easy to drink stout. (ABV: 5%) 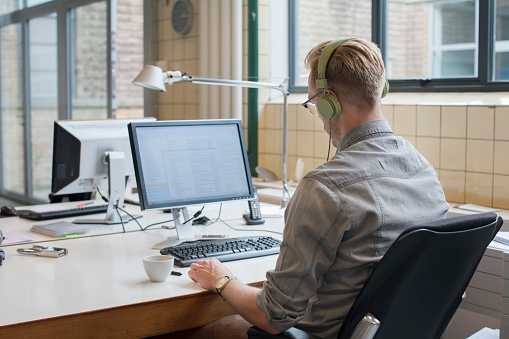 5 Ways to Add More Time to Your Day
Next Up: Editor's Pick