Former Maryland Gov. Martin O’Malley is proposing to expand Social Security, part of a bid to cast himself as a progressive but practical candidate for the Democratic presidential nomination.

According to a white paper shared by the campaign, O’Malley will set himself apart from frontrunner Hillary Clinton by calling for increasing the number of Americans with access to adequate retirement funds by 50 percent over two terms in office.

“Social Security is one of our country’s greatest collective achievements,” the white paper says. “We cannot ask seniors with modest savings to live on even less.”

The plan would boost monthly Social Security benefits for retirees, though O’Malley’s campaign did not say precisely by how much. For Americans who have been in the workforce for 30 or more years, the plan would increase minimum payouts to 125% of the poverty line, and it would also well increase benefits for minimum wage and lower-income workers.

It would tie benefits to the Consumer Price Index for the Elderly, which O’Malley’s campaign sees as a more accurate basis for determining payouts.

A number of Republican presidential contenders have called for reducing Social Security benefits, either by raising the retirement age or privatizing the program. Democratic frontrunner Hillary Clinton has promised to “protect” and “enhance” Social Security, while Vermont Sen. Bernie Sanders has promised to expand it with a more detail plan than O’Malley’s.

(Sanders’ plan would increase Social Security by about $65 a month for most recipients.)

In an op-ed to be published in the Quad-City Times in Iowa, O’Malley will make his case with an implicit jab at Clinton, whose call to “enhance” Social Security is seen by some liberals as intentionally ambiguous. O’Malley will write that Democrats should expand Social Security benefits, “not cutting or merely ‘enhancing’ them.”

“As progressives, it is our responsibility to ensure that Americans who put in a lifetime of hard work are able to retire with the dignity they deserve,” O’Malley’s op-ed continues.

O’Malley would pay for his expanded by benefits by lifting payroll taxes on workers earning more than $250,000, a promise then-Sen. Barack Obama campaigned on in 2008. 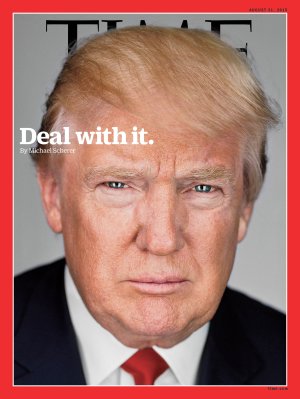 Watch Donald Trump's Interview With TIME
Next Up: Editor's Pick