Anyone crossing their fingers in the hope that they could convey a desire for bacon via text or social media without using words may soon have their emoji wishes granted.

Emojipedia, a website that lists images and meanings for every existing emoji, recently unveiled 38 new emoji characters that could be included on the next updated list of emoji updates. The candidates include emojis depicting crossed fingers, as well as bacon.

If the candidates are approved by Unicode Consortium, the company that standardizes emoji across different operating systems, they will become available in “mid-2016.” Earlier this week, Emojipedia said in a blog post that the next list of updates could feature such highly-requested ideograms as the Face Palm or the Selfie, the latter of which depicts a person’s hand holding a phone that has just taken a “selfie.”

In its blog post, Emojipedia notes that the list of candidates only features “mockups to show how these might look if approved” and that new icons could eventually join the realm of approved emoji in next year’s Unicode 9 emoji list if they are approved. Other new candidates include Clown Face, Nauseated Face, a Rolling on the Floor Laughing face (for those too busy to type the acronym “ROFL” on their keypads), fist-bumping hands, and a pregnant woman.

First used in Japan, the popularity of emojis has reached such heights — nearly three-quarters of Americans use an emoji every day — that the icons’ creators must regularly field requests for new versions of the shareable images. In April, there was a lot of buzz around Apple’s release of a new mobile operating system that included racially diverse emoji, though the software update led to some weird glitches when users texted contacts who had not yet updated their phones.

Unicode Consortium released its Unicode 8 list of new emoji characters earlier this summer, an update that introduced the Taco emoji as well as Unicorn Face. 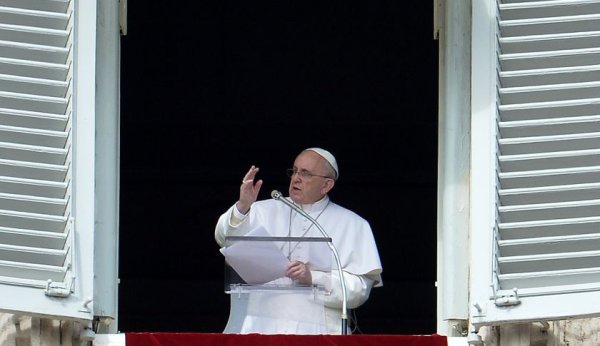 For the Pope’s U.S. Visit: No Drones Allowed
Next Up: Editor's Pick