Why Snap Elections In Greece Are Smart Bet For Teflon Tsipras

It’s one of the most basic rules of electoral politics—keep your campaign promises or you will lose the support of your voters—but Greek Prime Minister Alexis Tsipras has deftly managed to skirt that rule. On Thursday, when he announced that he will resign and call snap elections for September 20, Tsipras wagered that voters would stay behind him regardless of the fact that he has failed to keep most of his core campaign pledges. And he is probably right.

At the end of July—after he had abandoned hopes of shielding the Greek welfare state from further cuts and austerity measures—Tsipras’ approval rating was still at a comfortable 60% in all the major polls. Even now he is comfortably ahead of any other political leader in the country, and his move on Thursday to call elections is intended to lock in that support.

He’s going to need it. Under the terms of the bailout deal that Tsipras secured this week, Greece will receive around $95.2 billion in foreign loans in order to avoid bankruptcy over the next three years. But as a condition of providing this lifeline, Greece’s troika of creditors—the European Union, the European Central Bank and the International Monetary Fund—insisted on a new set of painful reforms for the Greek economy.

Those reforms will give Greek voters plenty of reasons to resent their government. They will see tax hikes, pension reductions and deep cuts to their health and social welfare systems. For many Greeks this will feel like a betrayal, because they elected Tsipras in January on a promise to avoid exactly these types of measures. His radical left-wing political party, Syriza, had based its campaign on a pledge to end austerity and preserve the social safety net. Instead, Tsirpas accepted some of the harshest bailout terms Greece has ever faced from its creditors.

That has resulted in a mutiny within his party. About a dozen of its more radical leftists announced last week that they would split off to form a new anti-bailout movement. “The fight against the new [bailout] Memorandum starts now, by mobilizing people in every corner of the country,” said the statement from Panagiotos Lafazanis, the leader of the far-left wing of the Syriza party.

But even if their splinter group takes some votes away from Syriza, it will not be enough to challenge the party’s lead in the polls. At the end of last month, Syriza’s approval numbers were above 40%, far ahead of the closest challenger, and at this point, that popularity seems to derive much more from the party’s leader than its anti-austerity bona fides.

Throughout his seven months of intense negotiations with the creditors, Tsipras has channeled the Greek sense of victimhood to blame the troika for all of his failures at the negotiating table. He blamed the troika for forcing Greece to close its banks at the end of June in order to save them from running out of money. He blamed Germany for trying to push Greece out of the European currency union. After each failure to win concessions from the troika, he went on TV to convince the Greek public that he had done the best he could. And it always seemed to work. “We know that no one is behind Tsipras pulling his strings,” said Julie Bagietakou, a social worker in Athens, even after her Prime Minister failed to win any debt relief for Greece in July. “We trust him to do what’s right for the people.”

For her, as for many Greeks, Tsipras’s appeal came from being a new face in Greek politics, not beholden to the establishment parties that had ruled the country for decades before he came to power in January. One irony of his tenure is that Tsipras has increasingly relied on these establishment parties in parliament in recent weeks to approve the new bailout deal even when his own Syriza comrades refused to vote for it.

Those dissenters are now set to break away from the party and go it alone, leaving Tsipras to drift ever further toward the mainstream center-left of Greek politics. After the snap elections, he may need to form a coalition with some of the establishment forces that he claimed to despise less than a year ago. It would be yet another U-turn in a premiership defined by little else. But his core supporters will likely forgive him, as they have so many times already in his short time in office. 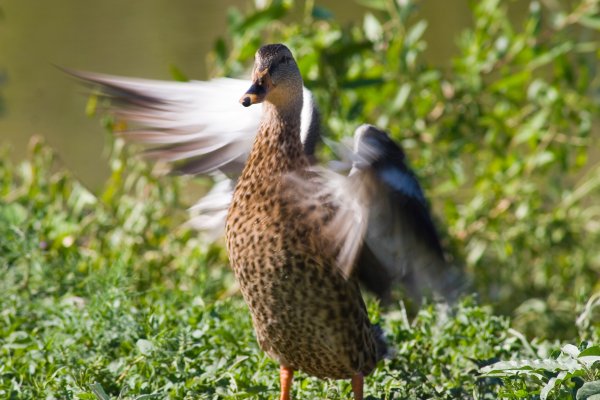 Woman Beats Animal Rights Activist With a Duck
Next Up: Editor's Pick