The Republican 2016 Field Takes a Hard Right on Immigration

Former Sen. Rick Santorum, the son of an Italian immigrant, shrugged when asked Thursday if everyone born in the United States was, in fact, a citizen. “There is a legal dispute as to what the language of the 14th Amendment means,” the law school graduate told reporters who were summoned to hear his plan to deal not only with the immigrants in this country illegally but also to curb those entering legally.

With his carefully considered words, Santorum joined the growing legion of Republican White House hopefuls taking tougher—and perhaps unrealistic—approaches to immigration policy. It’s no longer just Donald Trump, whose rise in the polls came after he labeled Mexican immigrants “criminals” and “rapists.” Trump’s rivals have also been recalibrating their immigration rhetoric to tap into voters’ frustrations.

A host of GOP candidates called this week for an end to automatic citizenship for American-born children of immigrants in the United States illegally. Wisconsin Gov. Scott Walker, Sen. Ted Cruz of Texas and Louisiana Gov. Bobby Jindal each backed Trump’s call to end automatic citizenship. Jindal hoped no one would notice that he was born to parents in the United States on green cards. Former Florida Gov. Jeb Bush urged tougher enforcement against “anchor babies,” an epithet for children born to parents in the country illegally and often a reason families in the country illegally are not deported.

This is the nightmare many Republican leaders feared. Ever since Hispanic voters helped lift Barack Obama to reelection in 2012, party elders have been warning the GOP to ditch the divisive language on immigrants. A party seen as anti-immigrant cannot win the votes of immigrants, GOP strategists say, which could doom the party’s future with the Hispanic voting bloc projected to grow from 24 million to 40 million over the next 15 years.

“America is changing demographically, and unless Republicans are able to grow our appeal the way GOP governors have done, the changes tilt the playing field even more in the Democratic direction,” a Republican National Committee panel wrote in its autopsy after 2012 nominee Mitt Romney’s loss. “It does not matter what we say about education, jobs or the economy; if Hispanics think we do not want them here, they will close their ears to our policies.”

The well-received report, however, failed to tamp down the embers of nativism that linger in pockets of the Republican base. Many GOP voters see the complexion of the country changing in ways they don’t like, an economy recovering too slowly and a workforce that does not necessarily look like it did a generation ago. This cohort is a dominant force in many conservative congressional districts, which is the primary reason a bipartisan rewrite of U.S. immigration law never came to a vote in the GOP-controlled House after sailing through the Senate.

As these frustrations fuel Trump’s rise, his rivals are grasping for rhetoric and programs that can reach his supporters. For instance, Santorum’s immigration plan calls for cutting the number of immigrants coming to the United States by a quarter. “The American worker is struggling and, as a result, the American family is struggling,” Santorum said. Like Trump, the runner-up for the 2012 presidential nomination called for a giant wall along the U.S.-Mexican border, but one built on American lands by American workers. Walker, a former proponent of a path to citizenship, has recast himself as an immigration hardliner in a bid to give his campaign a jolt in the all-important Iowa caucuses. Bush’s use of the “anchor baby” slur is a far cry from his prior calls for the party to use more sensitive language on immigration and his condemnation of Trump’s “rhetoric of divisiveness.” Gone are the days when Bush described illegal immigration as “an act of love.”

Given the raw language and tone, the GOP could once again find itself shut out of a voting bloc that is swelling in size and influence. The nonpartisan National Association of Latino Elected and Appointed Officials estimates that the bloc will be about 11 percent of all eligible voters in 2016. The Pew Hispanic Center projected after the 2012 election that 40% of the growth in the U.S. electorate by 2030 will come from Latinos.

GOP leaders have tried to repair the relationship. Business groups, GOP operatives and top lawmakers all sought to patiently nudge the party toward a comprehensive immigration-reform deal that would stop the demographic bleeding. It’s why Ohio Gov. John Kasich, who supports a path to legal status for immigrants in the country illegally, defended the practice of birthright citizenship. It’s why Sen. Marco Rubio of Florida, the son of Cuban immigrants, has also worked to distance himself from those who would end automatic citizenship. To CNBC on Thursday, Rubio was blunt: “These are individual candidates who are responsible for their own rhetoric.” It’s why Sen. Lindsey Graham, one of the architects of the Senate’s reform program, called Trump’s proposals “gibberish.”

“That’s going to kill the Republican Party,” the South Carolina Republican said as he visited the Iowa State Fair this week.

But there’s a reason Trump is the one leading in the polls while Graham is barely flirting with 1%. The tough talk resonates with the conservative electorate that picks the GOP nominee. And with every step Republicans take toward earning the votes of Hispanics, each clanging insult from Trump and his imitators throws up another hurdle for Republicans in the long slog to the White House. 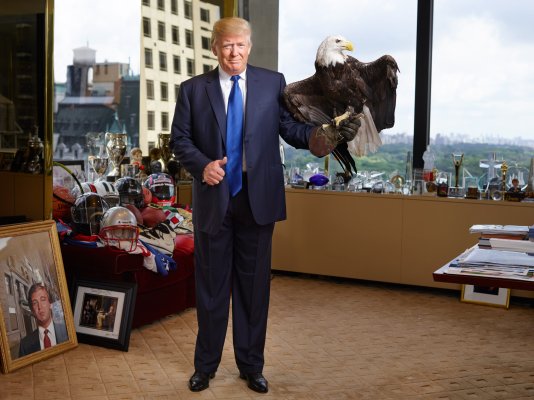